This is a message to remind you lucky people that tickets are still available for tomorrow night’s New Years’ Eve Hootananny bash featuring Jesus’s favourite folk trio The Faith Tones. The God-bothering troubadours have kindly stepped into the breach after 22-piece Mexican Sting & The Police tribute act De Polícia were denied work visas at the last minute. The Faith Tones, an “all-female” trio, will be playing tracks from their new Christmas LP 21 Songs for Jesus’s Birthday, including the smash hit (For Mylie Cyrus) Adore You. Doors open at 6.30, and tickets cost £55 which includes an all-you-can-carry-on-a-tiny-plate “finger” buffet. So if you want to see the new year in with some Godfearing lady singers and get lathered on real ale this hootananny is for you. This week’s featured ale is Worzel’s Rusty Nail and we’ve a 3 for 2 offer on pork scratchings. So see you tomorrow. Cindy Carmarthen, Bar Manager, The Blind Badger Pub & Venue 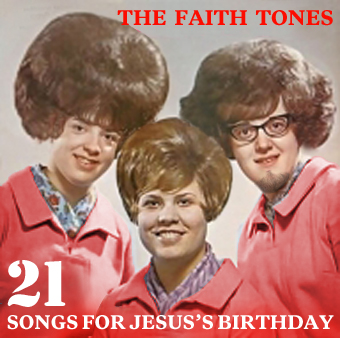 Hello and happy Christmas. I’ve just sneaked away from my reheated turkey breakfast to pass on this message from the organisers of today’ traditional Boxing Day Swimming Race. IT’S CANCELLED! Due to recent storms the River Winnet has swollen to dangerous levels and over-cautious health and safety officials have warned the public to keep away… Alternative watery venues have failed to materialise; the swimming pool had it’s roof blown off earlier this week, and is at present closed, and the lido is shut as that is where the swimming pool roof ended up. Organisers hope to reschedule the race as soon as the waters subside. All the best Mayor G. Grimsby. 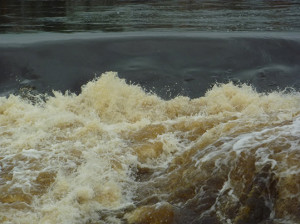 Hello all and happy Yuletide, Professor Brian here, and once again I’ve been asked to utilise my huge intelligence to improve the lives of humanity. Today, i’m answering a question I get asked every year around this time. It’s a conundrum of mind-blowing magnitude and perplexes both young and old… Why is Boxing Day so called?
Well, we have to go back to pre-television, pre-internet and pre-mobile phone days to a time when people lacked education, communicated by writing letters and made their own simple entertainment, often through the medium of mime. The 1950s…
In the many centuries before ’50s the 26th of December was just known as “The day after Christmas day,” it lacked purpose and due to boredom often ended up in a drunken fight. It was after witnessing one such domestic punch-up that well known professional fighter Cassius Clay (nee Mohammed Ali) decided that what the public needed were organised fights to vent their festive frustration and work off the turkey and mince pies.
Working alone he single-handed door-stepped then prime minister Margaret Thatcher (no stranger to a hypothetical fight herself) to get councils to set up town-centre boxing rings on the 26th and get all this pent up post-Christmas violence out into public spaces. There was a lot of opposition to his idea, mainly from the church who abhorred violence and claimed their Lord wouldn’t want organised punch-ups spoiling the day after his birthday. But luckily for Cassius and Ali, Mrs Margaret didn’t listen to doom-mongering Church leaders and being “her own man” stated how much she loved the idea. Although the Government refused the funding within months every city, town and village could boast a post-Christmas open-air boxing ring and by 1953 fights were so common place and no work got done that “the day after Christmas day” became a public holiday.
Now all it needed was a catchier name. So in 1956 suggested names were put to a public vote, with Boxing Day narrowly beating Fighting Day, You Lookin’ At My Bird Day and Black-Eye Day to become the day we know and love today.

So there you go, my Christmas’ Did You Know This fact complete. I’m rushing off now as i’m giving Heston Blumenthal a hand with some left-over goose. Thanks, Prof Brian Cox. 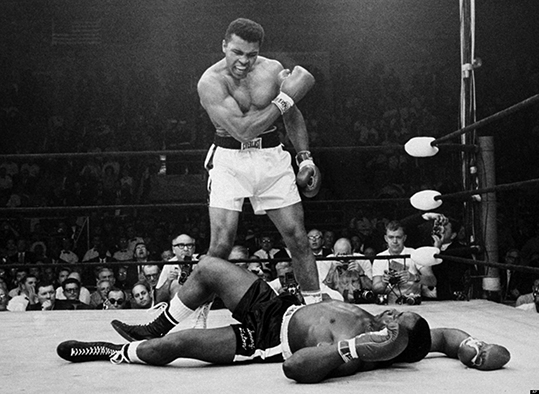 Hello my flock. Just to remind you that tonight’s Midnight Mass will be starting at the slightly earlier time of 3.30pm this afternoon. This is due to the council’s health & safety department declaring that Christmas Eve services can now only commence in daylight hours. Other wonderful news is that church warden Noddy Holder is now fully recovered from his hernia operation and will be dusting off his vocal chords to lead his “Slade Singers” in the carols, and hosting a “Karaoke With Jesus” session in the crypt straight after the service. Have a wonderful Christmas and look forward to seeing you all today. 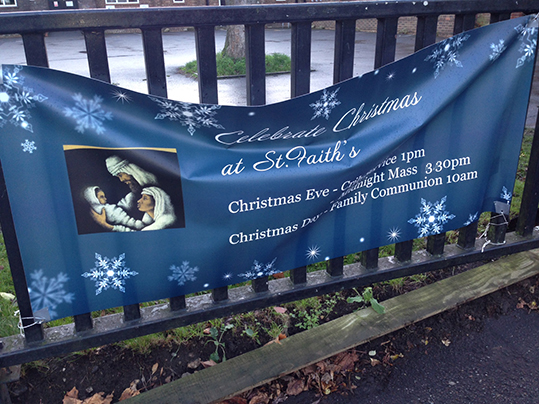 Hello. The disquieting case of “Cinderella’s found ephemera” grew more puzzling today with the discovery of a mislaid part-used bag of quick drying cement near the builders merchants. The list of personal effects poor “Cinders” has lost in recent weeks is growing ever longer and we can only conclude that something very serious is going on, maybe a homicide or worse. The cement was found by local bike shop owner, and politician, Boris Johnson whilst on his way to the barbers at first light, and as a consequence the area around the bag has been cordoned off by forensics whilst they carry out tests and stuff. Questions will probably get asked in Parliament if we don’t get this solved double quick. So we need your input. Have you seen a young, or old, lady, or perhaps a dodgy builder in woman’s gear, lose a shoe, gloves, a fag packet and now a bag of cement of the quick-drying variety? Maybe you or someone in your family is getting forgetful and now can’t finish rendering brickwork due to a lack of footwear, fags and cement? Maybe you and your ugly sisters are over-running on a building job and as a consequence they have taken away your favourite cement and tabs as punishment? Maybe your wicked step-mother has taken your glass slippers to the cobblers for reheeling and dropped one on the way? If so ring 999 and ask for PC R Cowgrove at Beckworth Police station. I will be handling this nefarious case solo, along with CID, and will keep you in the loop as s*** happens. Yours, PC Cowgrove. Beckworth Police 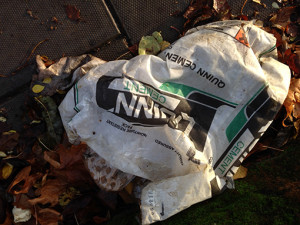 Hello. Following the recent discovery of “Cinderella’s” discarded glass slipper, followed by her leaving a glove by the zebra crossing, Police have now discovered her abandoned empty cigarette packet. Goodness knows what the poor woman must be going through having lost so many personal effects but she can rest easy as CID and now The Sweeney are on the case. Maybe our “Cinderella” just has an appalling memory and can’t remember where she’s dropped things or more likely is the victim of Ugly siblings robbing her blind. The church yard next to Oscar Wilde‘s grave, where the fag packet was found, has been sealed off and declared a potential crime scene by forensics. And we need your help with this dangerous “Glass-Slipper” case. Have you seen a lady, or man in woman’s attire, lose footwear, gloves and an empty cigarette packet? Have you got memory-loss and can’t find your clothing nor your smokes? Maybe your wicked stepmother has locked you in the pantry for smoking all her tabs and coming home minus a slipper? If so ring 999 and ask for PC R Cowgrove at Beckworth Police station. I will be single-handedly handling this potential murder along with CID and The Sweeney and will keep you up to date on the case as it happens. Yours, PC Cowgrove. Beckworth Police 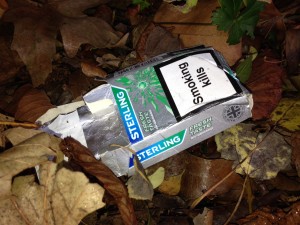 Hello. Following the discovery last week of a “Cinderella like glass slipper” in the park today a “matching” glove has been found resting by the zebra crossing between the betting shop and the pawn shop. Thankfully there are no signs of a violent struggle on the pavement (side-walk to our American residents) to imply a mugging by Romanian beggars nor are there skid-marks on the road to suggest kidnap. Although the glove and shoe don’t have a name written inside, it is safe to assume the two belong to the same owner. The high street is currently sealed off and being “dusted for clues” by forensics, but we need your help with this mysterious “Cinderella” case. Have you see a lady, or transvestite, lose a shoe and glove recently? Are you harbouring a friend or relative who has a habit of losing clothing? Maybe you yourself are in denial due to beatings from a wicked stepmother or have ugly sisters who are constantly taking your footwear and mittens? If so ring 999 and ask for PC R Cowgrove at Beckworth Police station. I will be single-handedly handling this dangerous case and hope to be in line for a large reward when I find who the owner. I’ll keep you posted on the case as it happens. Yours, PC Cowgrove. Beckworth Police 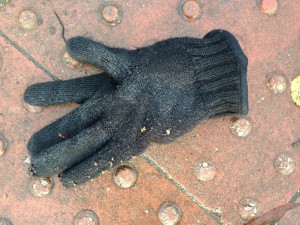 (Above) Cinderella’s glove found by the betting office

Hello my flock. It is with a gladdened heart that I can at last say work has started on our new nativity scene. You may remember our previous one was destroyed on Christmas Eve 2010 and thought to have been fire bombed by Islamic extremists, until CCTV showed it to be have arson carried out by drunken ten year olds bored of carol singing. Luckily it has only taken 19 months to get the planning application through and now we are just months away from having a completed crib and stable scene to enjoy all year round. The foundation stone was layed today by local artist and choir master Damien Hurst, who has been instrumental in fund raising and the design of the “jesus in formaldehyde” nativity. The back of St. Faiths Church Hall will be back to it’s former glory when the nativity is complete and I for one cannot wait. 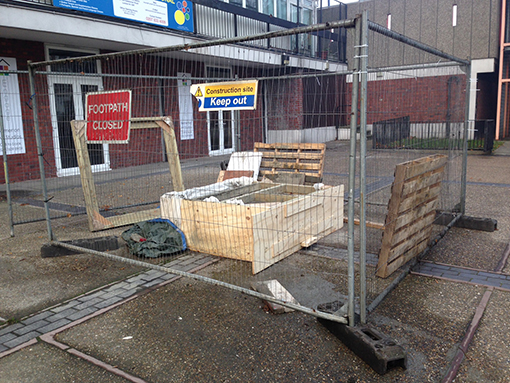 (Above) Work has started on the new nativity

Hello. Big news in the police station this morning as a “Cinderella like glass slipper” has been found in a tree by an observant member of the public. The “crystal footwear” was firmly lodged into the lower branches of an elm (or it could be an oak or fir… to be honest trees aren’t my strong point) in Noakes Park near the disused Timmy Mallet memorial fountain. The “slipper”, or to be accurate, black leather lace-up brogue, is thought to have been thrown in anger during a lovers tiff, or just accidentally fallen off during a climbing incident, and is currently being “dusted for prints” by forensics. The whole park has been sealed off for public safety and we are appealing for witnesses. Are you, or someone you know, hobbling around with only one shoe on? Have you lost your favourite footwear and as a consequence can’t go to the supermarket, or to a ball? Do you have ugly sisters who are really cross-dressing men or an evil stepmother who makes you do unpaid cooking and cleaning? If so CID would like to hear from you. Please ring 999 and ask for PC R Cowgrove at Beckworth Police station. I will be single-handedly handling this perplexing case and hope to be in line for a very large cash reward when I find who the “slipper” fits. I’ll keep you posted on developments. Yours, PC Cowgrove. Beckworth Police

(Above) “Cinderella’s glass slipper” found earlier today in the park