Breaking Olympiad news just in… Local would-be gold-medalist Bethany Folkestone waved goodbye to friends and family earlier this morning when she departed these shores set for the 2016 Olympics Games in Rio. Flying alone from Beckworth airport on the first part of her journey she hopes to arrive in the Ukraine in time to catch a cheap connecting flight from Kyiv Boryspil Airport. The transatlantic journey to Rio is estimated at 63-hours, give or take or a day.  Extremely tall and plucky eight-year old Bethany, who passes for someone twice her age hence how she can compete in the Olympics, is the UK’s brightest hope in both the freeform and co-ordinated routine skipping disciplines. She already has a Brownie badge for skipping and four local and county level certificates to her name (though two are for swimming and one for keeping her bedroom tidy for a whole week). We wish Bethany well in Brazil and hope she gets there in time for the opening ceremony. Christine Batley. Chief Rope Jumping Correspondent. Beckworth Guardian 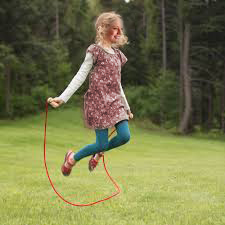 (Above) Olympic hopeful Bethany Folkestone in training earlier this week

Breaking fake insect news just in… After months of constant surveillance work, Police today caught audacious fly-tippers in the act of fly-tipping just off the A43036 between the Little Chef and The Berni Inn. The two fly-tippers, identified only by their names and addresses, were caught literally “with their flies down!” They were observed by a dozen under-cover detectives dressed as nuns (so as not to be spotted) fly-tipping a ton and a half of disgarded fly-fishing flies. These they disgorged from their untaxed truck into the fly-infested drainage ditch under the flyover. The plucky coppers waited until the truck was empty and then arrested the duo as they relieved themselves. Recognised as part-time petty criminals, and keen but unsuccessful fishermen, Dave “David” Stewartson and Stewart “Stew” Davidson of Slocombe, the twosome will be up in court next week. A ruggedly-handsome Police spokesperson told me over a shandy “We’ll be hoping for a long custodial sentence to keep this scum off our streets and to act as a deterrent to any other would be fly-fishers”. Christine Batley. Chief Crime Reporter. Beckworth Guardian 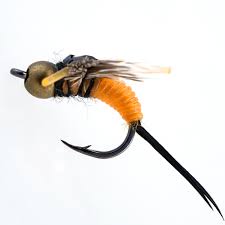 (Above) One of the haul of fishing flies caught earlier today

Breaking hustings news just in… Today has been quite something for Beckworth in the world of politics, with not one but two of our townsfolk having close relatives making great strides in Parliament. First was the announcement that Eddie The Eagles’ adopted Mum Angela Eagle (who lives above the grocers on Madonna Lane) is to challenge Jeremy “Jez The Jezzster” Corbyn’s leadership of the labour party later today… And then came the Tory bombshell that the sister of local astrologer and guitar-tuner Brian May is to become the next leader of the conservation party. In fact, ex-plumbers daughter, Theresa May is to be prime minister of the whole country. Or at least what’s left of it. So congratulations to both local families and here’s hoping that Mrs May will boost the chances of HS2 making a 200 mile detour eastwards towards Beckworth, thus improving the town’s tourism and pushing house prices up. Christine Batley. Chief Political Reporter. Beckworth Guardian 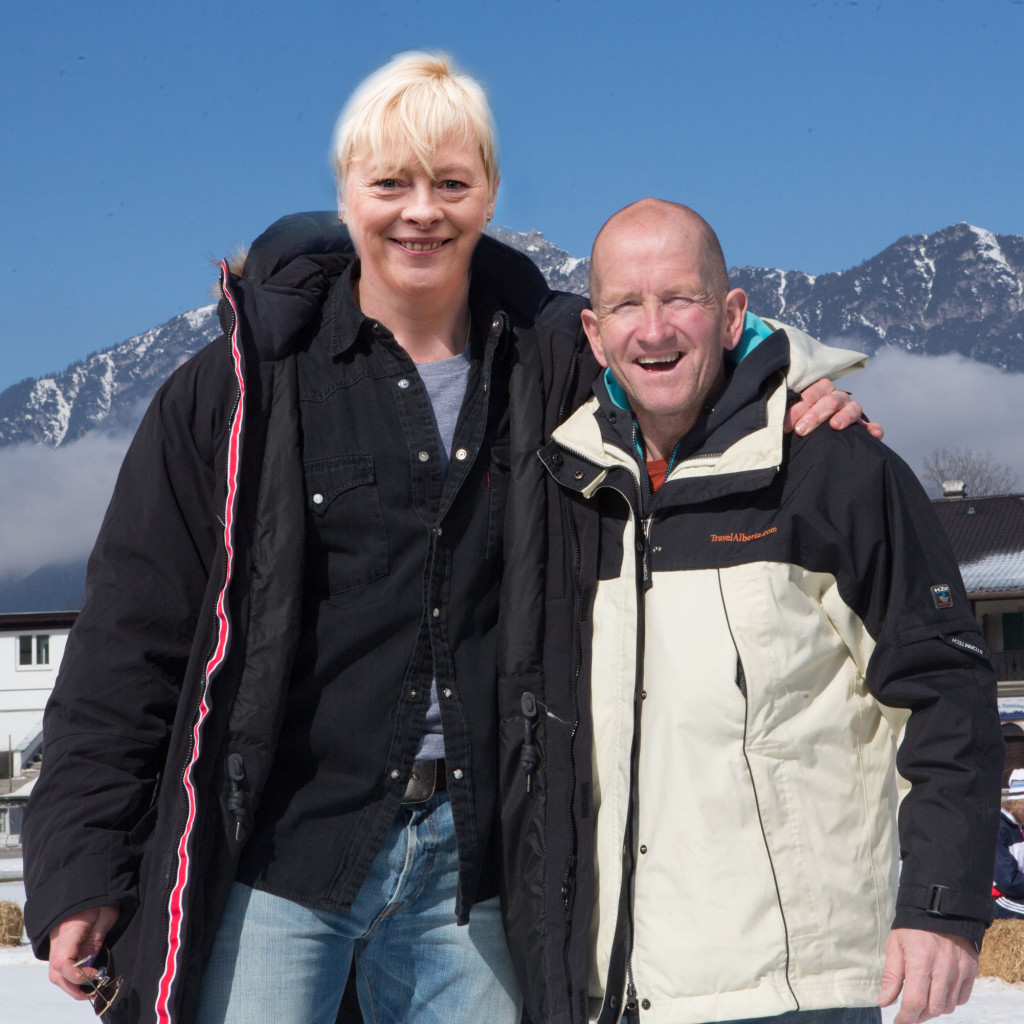 Hello all. Don’t forget to watch Today At Wimbledon on BBC2 this evening, as highlights of local tennis pro Lionel “Corky” Deptford’s first-round match are highly likely to be shown. Due to an order of play mix-up poor Corky accidentally played against Venus Williams, and almost won, until he was hospitalised due to a bloody altercation with a ball-girl. The completely blind 92 year old, who plays by sense of smell alone, was playing on Court No 93 (just by the Lidl car park) and it was a nail-biting match, one that Ms Venus called “probably the most-draining” of her career. Lionel is almost the World’s oldest ranked tennis player (10,062nd) second only to Ms Toyota Corolla of Japan (102 years young and currently ranked 78th). When interviewed in A&E Mr Deptford said he took being wrestled to the ground by a ball wielding 12 year old girl as “just one of those crazy things that happens in World class tennis” and hoped to still be playing in the mixed doubles later this week, if his partner Wayne Federer (Roger’s Dad) was match fit. Fingers crossed. Christine Batley. Chief Ball Sports Reporter. Beckworth Guardian 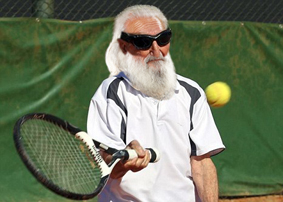 (Above) Corky in action against Venus Williams earlier today

And the breaking referendum news is… Beckworth has voted by an allegedly massive landslide majority for Brexit. Those wanting to leave the safety and prosperity of the EU got 49.5% of the votes against 48.5% for Remain, who we all assumed would romp home and even organised an all night party for. It was a sober gathering by the early hours, made worse by the noisy Brexit party next door where Nigel Farage and his brothers Neville and Arthur were DJing and loudly chatting up young ladies. Just 0.5% of the town voted for Bremain, a local “compromise” alternative, who campaigned on the promise they would “leave the EU” whilst actually lying to the population of this country and staying in for their own good “as the citizens of the UK can’t be trusted to vote the right way”. The poor Liberal Democrats also only polled 0.5%, which for them is rather good, especially as they weren’t officially on the ballot paper. One Brexit voter told me this morning, as they were raising the union jack over their shed, “We’ve given Cameron and his London hipsters a bloody nose they’ll not forget… Now it’s back to the task of rebuilding our once mighty Empire without the interference of Brussels,” another told me their only regret is “that Ciabatta and Virgin Olive Oil may now be in short supply.” Capturing the mood of Remain voters one told me as she was getting out of her Bentley “it’s the UK MEP‘s I feel sorry for, as they will be “out of a job at a time when there are so few opportunities for washed up politicians.” Personally my heart goes out to all the heads of industry and bankers who’d helped to make the union what it was. Christine Batley. Chief “OMG, Now I’m Really Buggered And Can’t Retire To Spain” Correspondent. Beckworth Guardian 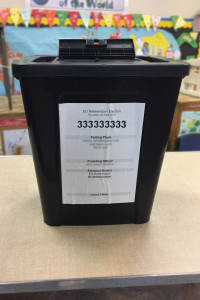 Small screen news just in… The fourth series of the children’s docudrama Warren In My Sporran starts this evening at 6.00 on CBBC and then the “uncut” version is repeated at 11pm on Dave. The BAFTA award winning series is produced by local TV company Livingstone Productions for BBC Scotland and reprises Daniel Day Lewis role as Warren, a deminutive adult vagrant who lives on benefits in the sporran of young scotch boy Angus MacDonald. Originally Angus was played by the late Ronnie Corbett then by Rupert Grint of Harry Potter fame and for this series by the BBC’s go to actor David Mitchell. Once again the series follows Warren’s slapstick adventures in and out of Angus’s kilt and was filmed around Beckworth and Birmingham’s BullRing Shopping Centre. The scripts have also been picked up by an American TV company who are doing a remake, likely to be called Dwarf In My Shorts, starring Danny DeVito and Johnnie Depp. Yours Christine Batley. Chief Television & Film Reporter. Beckworth Guardian 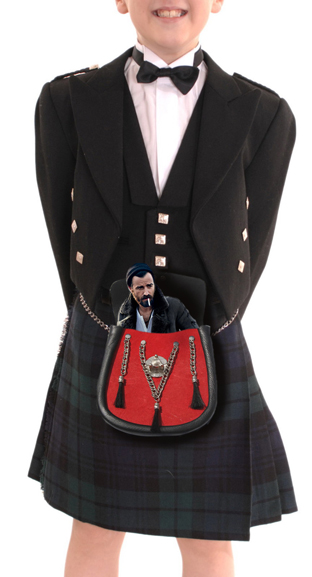 Good news just in regarding Beckworth’s rapidly aging decrepit population…. At last a new publicly-funded privately-run for profit hospice is to be built in the time. After much negotiation with town planners the old folk’s home is to be built on the site of the old toxic gas works and will use a quick building process new to the UK but pioneered in Russia (stacking up redecorated fire-damaged Portkabins). A frankly disinterested spokesperson has said in a succinct text message that “the end of life home is to be a sort of less fancy “Premier Inn” with a menu of the highest calibre… Think of it as a live-in Kebab shop for those in their twilight years.” In another text it was announced that “the home will be delightfully called The Ferns after it’s caring co-owners (and half-sisters) Fern Britten and Fern Cotton.” It’s due to open in about three and a half weeks if enough cheap, discarded portakabins can be found, but the sisters are so confident they’re already taking bookings. It sounds so good i’ve put my aged parents down for a place without seeing it! Christine Batley. Chief “Still Looking After Mother and Father” Correspondent. Beckworth Guardian 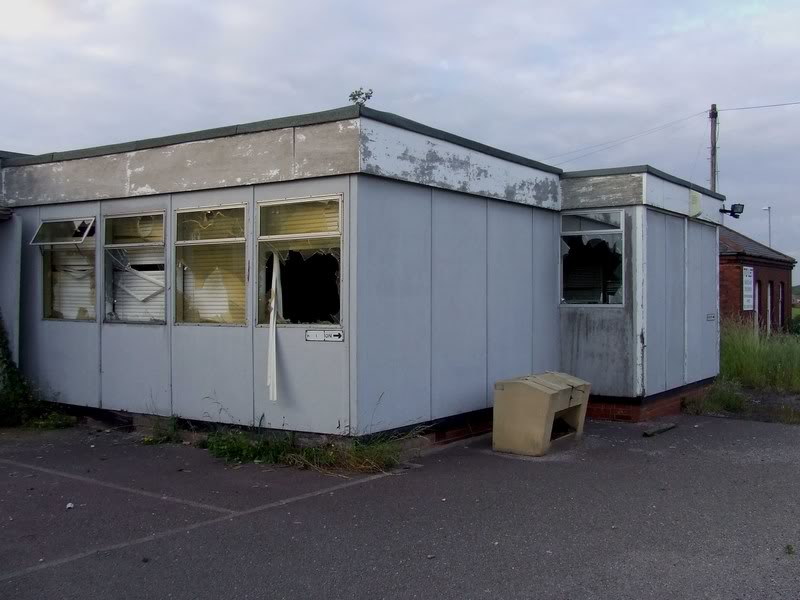 Breaking hustings new… There is much excitement in the town today as we have the chance to oust the useless current UKIP mayor and elect someone who’s not such a knob. So don’t forget to vote today, and vote carefully, we don’t want a lefty, looney or worse still an eco-warrior getting into office. God-forbid! Remember your vote counts, so let’s elect a mayor who will put the community first, raise rates, privatise the public toilets, close the library and job-centre and keep dirty vagrants from cluttering up the streets. There are too many worthless candidates on this list so make sure you vote Aashif Ackworth, Conservative. Yours Christine Batley. Chief Unbiased Electoral Reporter. Beckworth Guardian 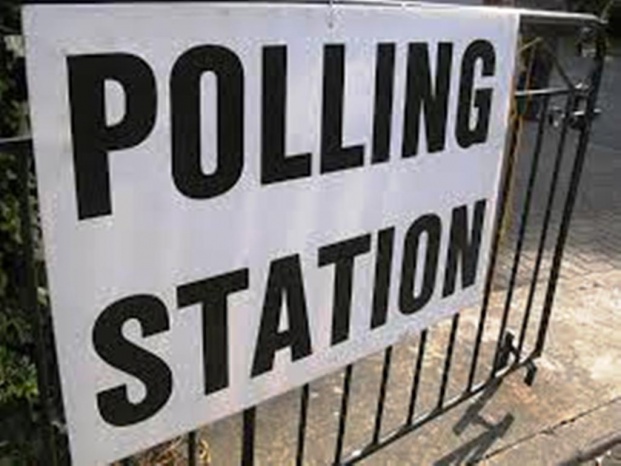