Dear all. I’m very pleased to say that about a dozen or so locals have made the effort to make fudge bricks for Anthony “Tony” Worrall-Thompson and Heston Blumenthal’s “Fudgeworth” (model village of Beckworth made entirely of fudge), but they’ll need a lot more to complete this mammoth task. “We’ve probably got enough so far to model the public toilets and maybe part of the abattoire ” Heston told me during a fag and beer break earlier today “But we’ll need all of Beckworth’s residents to make at least six kilograms each to get the model finished… And we’ve not got much time as I’ve a new telly series to start filming and my Dad wants to get back to his allotment and his ferrets.” So pull your finger out Beckworth, the father and son chefs can’t do this without your help and we want to be the next town on the confectionery world map. We’re up against stiff competition as Cadburys‘ are currently building a chocolate model of Birmingham, said to include a Dairy Milk exhibition centre, a Bourneville shopping precinct and even a Fruit & Nut job centre. Nestle are rumoured to have started laying out the “Quality Streets” of their model of York which will include a model of the minster made out of the toffees no one likes. So let’s crack on Beckworth, there’s not a moment to waste. And remember we are an equal opportunities hotel with wheelchair access so there’s no excuse for people unsteady on their feet not dropping off fudge. Thanks, Sandy Luton, General Manager, Hill View Hotel 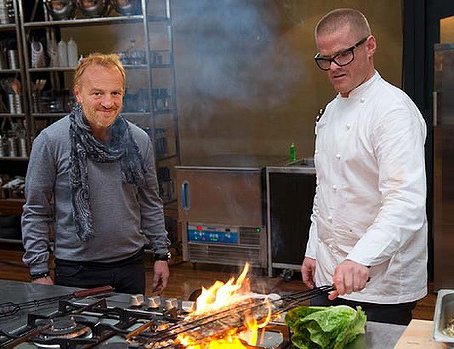