USA Presidential news just in… I probably don’t need to remind you to stop what you’re doing at 5pm today to watch the wonderful spectacle of the inauguration of Donald Trump, but we locals have a “close to home” reason to celebrate. For not only is the new president a close friend to the UK, and have Scottish a roots, but it has just come to light in local family records that on his father’s side he is descended from a local Beckworth family. And not just any family. Mr Donald comes from a long line of scaffolders, the Turays, who are still in business today (despite going bankrupt twice in recent years). It is this family who brought scaffold-making to England in the 12th century and it is claimed that one of Donald’s ancestors, Ali Turay, built the scaffolds that hanged so many Royal wives. I spoke to the president’s distant cousin Muhhamad Turay-Trump and his Mexican wife Beryl earlier today and they said they hope to meet Mr Trump soon and offer him a great deal on scaffolding if he goes ahead with any wall building. I’ll keep you posted in case Donald does come to visit his ancestral scaffolding yard. Christine Batley. Deputy Chief US of A Correspondent. Beckworth And Slocombe Herald Incorporating Nightly Gazette

Hello. Good new for those of us who love large spoons… The UK’s favourite (and only) ladle superstore is celebrating two years of trading in Beckworth this week with a massive stock clearance sale. That’s right, Len’s Ladle Superstore is clearing the shelves of some of it’s underperforming ladle lines. Recently retired dance teacher and store owner/manager Len Goodman has instructed his young assistant Bruno Tonioli to sell off the many badly bent and rusting items, so grab yourselves a large-spoon like bargain (whilst stocks last)… As Len often regales regulars down the pub “A house isn’t a home without a ladle. Or two.” Yours sincerely Valerie Saddleworth CBE. Chairlady. The Beckworth Guild of Trade & Commerce. 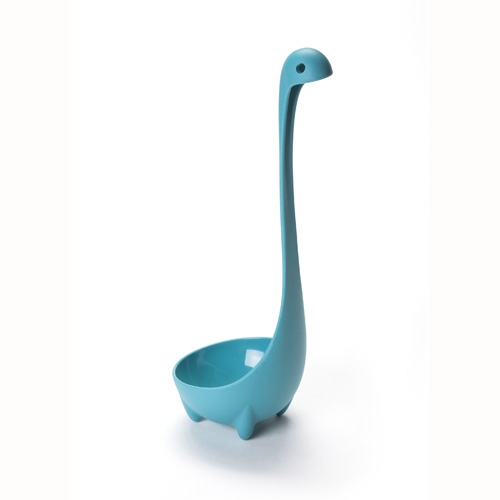 What better way could there be to start the new year than with a January sale on one of life’s little essentials. Your funeral. Come and see us friendly folk at Fawke’s next Monday to buy the send off of your dreams. For that day only all funerals will have an astounding 10% off. So can you really afford to miss out on this golden opportunity? After all you could be knocked down by a bus on Tuesday and you’d want to be prepared for Mr Death’s visit. So don’t delay, come and see us Monday. Yours Gareth Fawkes. Fawkes Funerals

Happy New Year Beckworth. I hope this message finds you well rested and happy to be back at work. I myself have been away for a two weeks jaunt to the far east and so missed Beckworth’s New Years’ eve council funded entertainment on the sports field. I have been told that the traditional death by burning of Old Man Beckworth, to say goodbye to 2016, went smoothly as did the “birthing” of Baby Beckworth to welcome in 2017. Due to a lack of funding there was no pyrotechnic display this year but I think you’ll agree that the money is better spent going towards good causes such as a new Mayoral car. Also worth a mention is that this year the Annual Beckworth Midnight Swim was the best attended ever, with seven people taking part. Six of those intentionally. So here’s to a prosperous 2017. Thanking you most warmly. Aashif Ackworth. New Mayor

New Years honours list news just in… There were many gasps of horror at the local conservative club earlier today when it became apparent that many local Tory donors hadn’t made it onto the list. Some members were very vocal about the size of their donations and stories of CBEs and OBEs that had been promised, and I am told a full investigation is to be carried out as to why local names were omitted. I will keep you up to date on this story as it unfolds… Christine Batley. Deputy Chief Cash For Honours Correspondent. Beckworth And Slocombe Herald Incorporating Nightly Gazette