Hello all. Just a reminder that this weekend’s Joan Collins’s Birth Day Parade will be slighter shorter than hoped due to the roadworks on Madonna Lane. Anyone hoping to catch this spectacle in it’s entirety should arrive early, at 9.30am by the library steps, where the the floats will set off. Or greet the parade at it’s conclusion at 9.45am in the drive-thru MacDonalds. Birthday girl Joan Collins (92 years young) will be dressing as a Ronald MacDonald due to a sponsorship deal. We are hoping the Red Arrow’s will perform a flypast and that army general, and local celeb, Ross Kemp will be able to overcome a recent illness to lead the floats and marching band on his bicycle. See you there, weather permitting. Thanks. G. Grimsby. Mayor 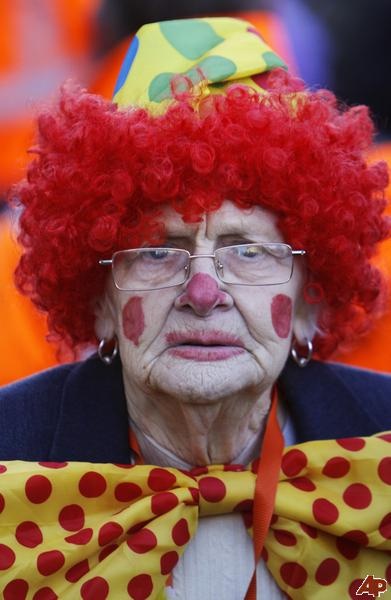 (Above) Joan Collins tries on her costume in readiness for Sunday

Dear all. This coming Friday the Europe’s favourite “sexually explicit” naked mime company Kama Sutra will be performing their new show Fifty Shades Of Grey in the recently repainted deli on the high street. It’s a four-hour show and is bound to be a must-see for the whole (sexually enlightened) family. Best of all it’s free, if you buy something from the cheese counter! Get there early as their shows are usually packed out, and often get stopped mid-performance by the police. We’re expecting bigger than usual interest since they auditioned, but weren’t shown on TV, for this years Britain’s Got Talent. Yours Natalie Clifton, Tourist Information 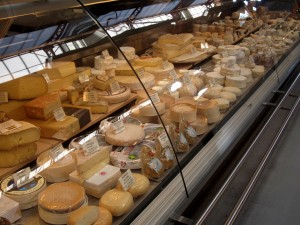 (Above) Catch Karma Sutra by the Red Leicester this Friday

Good morning to you all. The Beckworth trade guild are delighted to announce that this weekends Home Of Ideals exhibition will be opened on Saturday morning by national treasure, and Channel 4 DIY expert, Kevin McCloud. This is the first time that Beckworth has been honoured with hosting the annual home improvement show and in preparation the diminutive town centre exhibition venue has been thoroughly cleaned and the boy’s toilets unblocked. Mr Kevin will declare the show open at 9am and ticket price is £25. Kev says is he is very excited that the show has come “home” to the Beckworth scout hut and sports field “venue” as he spent many a happy hour whittling there as a cub in the town. Yours sincerely, Valerie Saddleworth CBE. Chairlady. The Beckworth Guild of Trade & Commerce 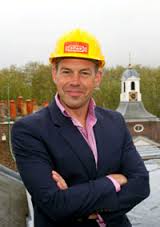 (above) Kevin McCloud readys himself for the grand exhibition opening

Great news for all the religious music fans out there as Randy, the country’s “number two” sexually-deviant wooden “friend of Jesus” (as recently voted for on BBC Radio 2) is back. This Friday night he’ll be performing his hits at Beckworth’s number one real ale venue and will be joined on stage by his relatives (and amateur ventriloquists) Uncle Len & Aunt Nancy Wheely. Randy’s Uncle is said to be well rested after three months spent at Her Majesty’s pleasure and says the threesome are looking forward to getting our bank holiday started with a real Christian swing. The born-again hitmaker’s are promising to sing all of their “C of E” cover versions and a few new surprise songs that Len learnt in prison. They will also be signing copies of their recently deleted debut album Do You Know Jesus?, and have some T-shirts and underwear to flog. It’s only a £7.50 on the door and this weekend’s featured ale at the pub is Mary’s Magical May Hem. Warning: If you don’t like people singing about Our Lord then please stay at home! Cindy Carmarthen, Bar Manager, The Blind Badger Pub & Venue 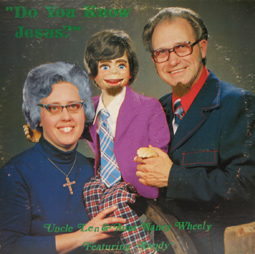 Hello. Sorry for disturbing you but I thought you would like to know how the year long campaign to Save Our British Sausage has been going. No doubt you will remember that my fellow UK butchers and I were prompted to start campaigning when our useless Government, Brussels and political correctness went mad and declared that our good old as “English as hayfever” sausages MUST now contain at least a 40% imported meat content. Our hand-made sausages don’t even have 25% meat in them, so we didn’t see how that would work. And due to previous “media scares” they declared we’re no longer allowed to make them from horses. Or donkeys. Or dogs. The banger is vital part of an Englishman’s everyday healthy diet, it’s probably on of our five a day and worth fighting for. But despite some of us butchers literally fighting MPs the English sausage is still under attack from self-appointed, BMW driving, white wine drinking, pasta eating, johnny foreigner food safety officials from across the channel. But we have not rested this last 12 months; we presented a petition of 53 signatures to the copper on the door of number 10 Downing Street, got on the BBC‘s One Show and were mentioned once in The Sun, in a story about English butchers getting arrested on a ferry to Brussels. We are a traditional British butchers and have been proud to make meat-stuffs from Grand National winners over 150 years. So please join us in standing up for a great traditional meal, stand up for Britishness, stand up for the Queen, and let’s give Johnny MEP a black eye or two. To show your support use “Direct Action” and boycott supermarket sausages, then buy all your British Sausage from our shop. David, Tony and Shawn Bradford. Bradford’s the Butchers. UKIP Supporters 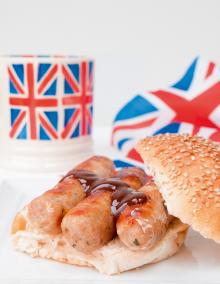 Good morning to you. We at the trade guild are saddened to announce that national treasure Simon Le Bon will be closing his shop recently opened Beckworth high street shop, Le BonMarche. Mr Simon faced opposition to his shop from the start when short sighted nimbys decried him knocking down the Grade 1 listed Kitty’s Bakery to build his wonderful emporium. No doubt Mr Bon’s band Culture Club will be giving him a hand at the closing down sale, that is if they can stop singing Do You Really Want To Hurt Me.  Yours sincerely, Valerie Saddleworth CBE. Chairlady. The Beckworth Guild of Trade & Commerce 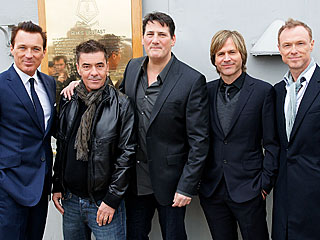 News Just In… Your votes have been cast, counted and recounted twice but we can now announce the local results in the General Election. Labour have held on to the safe seat of Beckworth North and the Conservatives have taken Beckworth South from the poor old LibDems. UKIP and the Green Party did very well in the northern ward but lost their deposits elsewhere. The Tories retained Crewbury and Slocombe making this part of the county almost exclusively right-wing. Christine Batley. Chief General Election Results Correspondent. Beckworth Guardian. Beckworth Guardian

Hello. Just a reminder that voting in the general election today will take place in two polling stations. The scout hut for the ward of Beckworth South and the visitors centre at the nuclear power station for Beckworth North. And don’t forget to put your cross in the box marked UKIP. Many thanks, G. Grimsby. Mayor 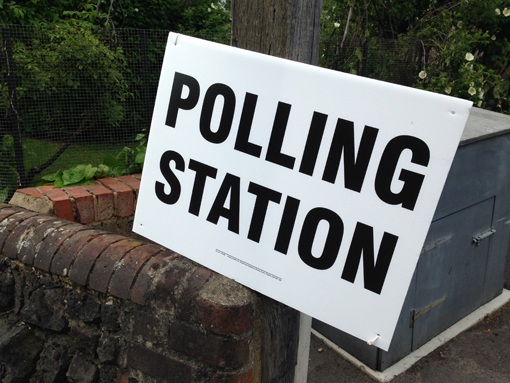 Breaking news… This morning on a visit to the marginal constituency of Beckworth South the Green Party showed how public transport would look if they get into Number 10. In a selfless act of coalition the green’s leader Caroline Lucas gave opposition leaders a lift into town after both their tour buses had broken down with punctures (mysteriously nails were found on the road). I’ll keep you posted on all the hot political news as it happens… Christine Batley. Chief Political Puncture Correspondent. Beckworth Guardian. Beckworth Guardian 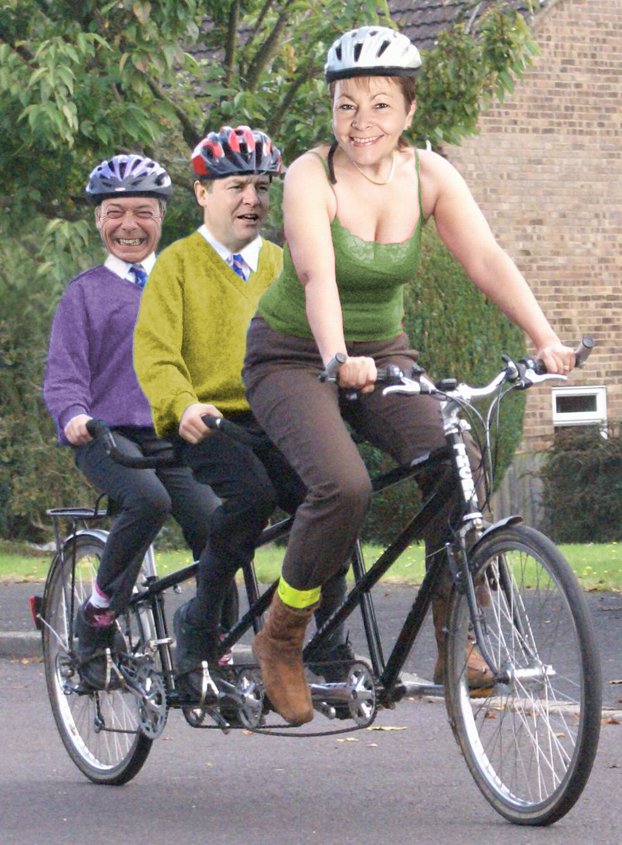 Breaking news… Poor Ed Milliband had to cut short his election campaigning visit to Beckworth today. This was due to a visit to Slocombe’s pasty factory taking longer than planned. An aide told me in the strictest confidence that after sampling the savoury delights poor Mr Ed had to spend over an hour in the toilet of his campaign bus thus curtailing his visit to our town. A similar visit made by the SNP leader earlier in the day had the same lavatorial outcome which meant poor Ms Nicola Sturgeon had to bypass Beckworth all together. On a brighter note our very own 99p stores sold Mr Milliband a job lot of very cheap “shop soiled” toilet roll which he was overjoyed with. Christine Batley. Chief Political Tummy Upset Correspondent. Beckworth Guardian 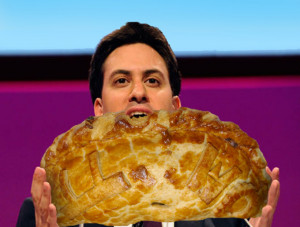