This is a message to all of you who like to celebrate St Andrews Day in style… because your favourite pub is hosting an evening of everything Irish to toast their patron saint with cheap ale. Music will be supplied by local gay (husband and husband two piece) Pogues tribute band The Rogues and the featured ale at the pub is Tam O’Shandy. Anyone wearing green or putting on an Irish accent will get entered into a prize draw to win an opened packet of out of date pork scratchings. See you this evening! Cindy Carmarthen, Bar Manager, The Blind Badger Pub & Venue

Hello all. I just wanted to share the offers some of Beckworth’s forward-thinking local traders are offering today in celebration of Black Friday… I’m told that Abdul’s The Chemist are offering a saving of 10% on all flavoured condoms and novelty mouthwash purchased alongside any NHS prescription… Knossos Kebabs have a 50p reduction on all kebabs if customers use the code KRAP19… Anglican Windows are offering a free door with any 30 plastic windows paid in full today… There’s half-price entry to the Banana Museum… The Lesbian And Gay And Bi-Sexual Society will be having cocktails and fannytails in the scout hut tonight (not sure if this to do with Black Friday or not?)…. Beckworth Police have a sale on their very popular “pre-loved” truncheons and handcuffs… The scouts are offering half-price “bob-a-job” when they get back home from school… The Blind Badger pub will be opening until 1am with discounts on out-of-date bar snacks… Master Gregs The Grocers are giving “a cuddle from Greg Wallace” away with every 2kg of carrots… and Fawkes Funerals have 10% off all 2nd hand coffins if ordered before 4pm today… So you’ve lots of reasons to shop locally today and support Beckworth High Street… Yours sincerely, Valerie Saddleworth CBE. Chairlady. The Beckworth Guild of Trade & Commerce

Breaking political news just in from yesterday evening… Our beloved PM Boris Johnson showed his true mettle and raised the political temperature last night during the rather boring political televised debate with aged communist & vegan sympathiser Jeremy Corbyn. After answering a few stupid questions about selling the NHS to our American cousins, his favourite hair products and tax breaks for the deserving rich, Boris stopped to announce he wanted to, quite literally, spice-up the crass BBC programme. He proceeded to don a fetching long dark wig and declare he would only continue debating if host, Emily Matron, and Comrade Corbyn called him Posh Spice, or Posh for short. They quickly agreed and the debate continued with a certain added gravitas. Let’s hope viewers saw that Posh (Boris) deserves to be voted back into number 10 at the election so sanity can return to these shores and we can make Britain great again. Christine Batley. Deputy Chief Name Changing Politicians Reporter. Beckworth And Slocombe Herald Incorporating Nightly Gazette

(Below) After the debate Boris “Posh” Johnson shared a joke with his Dad, John Johnson, who dressed as Baby Spice in support of his son 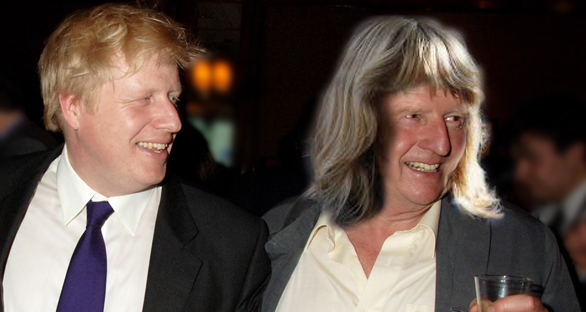 Breaking healthy fast-food news just in… Local kebab house Knossos Kebabs has shown it has its meaty fingers on the pulse after its savvy owner Khristos Knossos contacted the Royal Family to offer free kebabs to any wayward Prince, Princess, Duke, etc who mentioned his restaurant in a frankly flaky alibi. Khris told me, as he was filling the fridge with fake cola, that he was even happy to falsify old CCTV footage if it meant his kebabs got mentioned in the press… He added “Why should Pizza Express get all the attention when the humble kebab is far more appropriate for the Royal offspring of Prince Phillip.” I heartily agree, so let’s hope we see more members of the House of Windsor staying on the straight & narrow by visiting kebab shops when they fall out of night clubs in the early hours. Christine Batley. Deputy Chief Handy Andy Reporter. Beckworth And Slocombe Herald Incorporating Nightly Gazette

(Below) Leader of the Royal family, Prince Philip, reaches for an imaginary kebab earlier today 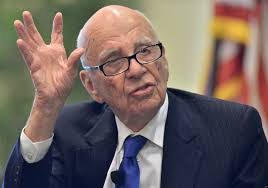 This is a message to all of you who like to sup flat ale whilst watching the best thing on TV on a large TV that you can hardly see let alone hear… Yes I’m A Celebrity starts tonight and to celebrate the fact that we have our own local celeb, Jack A-Goo-Goo, on it we’re throwing a party (well sort of)… It’s only twenty two quid on the door, and for that there will be bar snacks, a glass of cheap champers on entry and an i’m a celebrity themed pub quiz before the programme starts… Featured ale tonight will be Bush Tucker Vile and advance warning: If you’re coming with the family it’s probably best to put the oldies and young ‘uns in the snug as the quiz may get rowdy and out of hand! Cindy Carmarthen, Bar Manager, The Blind Badger Pub & Venue

Breaking Televisual News Just In… At last I can share the best kept secret in TV, that our favourite local celeb has been released from rehab due to alcohol addiction just in time to star in I’m A Celebrity… No i’m not talking about Ant (or was that Dec? Sorry, I get the two of them confused), i’m talking about Beckworth’s very own reality TV star Jack A. Googoo. Before he flew to Australia to film the latest series I met Jack in the Blind Beggar pub and before he passed out he told me how his sister, supermarket cashier Nelly Ryde, had campaigned for years to get him on and thank goodness a little “incentive” to the producers got him on this year… Having cleaned up his act (I mean that figuratively as his Kajagoogoo tribute act is still really only for the deaf. Or the thick) he told me how he reckons he’s in with a good shout to win and hopes if he gets his “wicked way with the birds in the jungle” he could have a new career in porn. I for one wish Mr Googoo well on the show, it will certainly make great downmarket car crash TV. Christine Batley. Deputy Chief I’m A Celebrity Reporter. Beckworth And Slocombe Herald Incorporating Nightly Gazette

Hello Beckworth, please let me remind you that we will have two minutes silence tomorrow at 11am, and that the public toilets will be locked out of respect. Thanking you most warmly. Aashif Ackworth. Mayor. Beckworth Town Council

Hello my flock. Just to remind you that, due to unforeseen circumstances, tomorrows’ Remembrance Day Parade and Service will start slightly later than scheduled… I’m sorry but it was either that or lead proceedings such as solemn wreath laying dressed as a nurse (the Bishop is having a fancy dress party tonight and i’m staying over with many of my C of E colleagues, so i’ll need time tomorrow to get home and change before leading the parade and then giving my must-hear moving sermon). I’m sure you understand that the gravity of the day precludes having a vicar dressed as a naughty nurse leading the remembrance. God Bless. Cyril Knutsford, Vicar, Beckworth St Faiths

PS Just in case, does anyone know any good hang over cures?