Hello all, Prof Brian Cox here, and once again I am using my unrivalled intelligence to improve your humdrum lives. I have recently been asked by many of my celebrity fans, such as Meryl Streep and Zoe Ball, as to why do “the clocks change” in Autumn and Spring. The answer is, like so many of today’s conundrums steeped in mystery, but I can tell you now that once again it’s down to our old friends the Romans.

We have to go back to 103BC when the Roman’s lust for entertainment was at it’s height, and audiences we were especially keen on timed gladiatorial fights. The only problem was no one could actually time them as time itself was yet to invented. The promise of time had been bandied about about for centuries ever since a Greek had mentioned it in passing, but no one could actually define it. The roman people were growing restless and wanting to pacify them Roman Emperor Julius Timius demanded that someone invent time and set it as a competition. Many scientists and philosophers tried and failed, but one day a lowly scribe, Minitus Hourius, noted that maybe time could be described as “the duration between the sun rising and setting”, and “that if divided into smaller bits such as hours and minutes things could at last be timed.” Through trial and error over many months it was found that daylight could be divided into 12.03 hours with each hour being roughly 60 minutes long (the 24 hour day and seconds would not be invented for another 200 years). At last citizens could time gladiator battles and were very happy, young Minitus was even given his own chariot as way of thanks … but a few years later unrest returned. Because the daylight hours weren’t exactly 12 hours long every six months there was a whole spare hour left over that no one knew what to do with (hence the expression “to have time on your hands”). Once again it was our friend Minitus who came good and his solution was to put the clocks backwards in Autumn, and to maintain decorum, forward in the Spring. A tradition that continues to this day.
So there you go, another Did You Know This fact complete. I’m off to play dominoes with my old friends Morrissey and Sir Bruce Forsyth, but i’ll see you soon no doubt. Thanks, Prof Brian Cox. 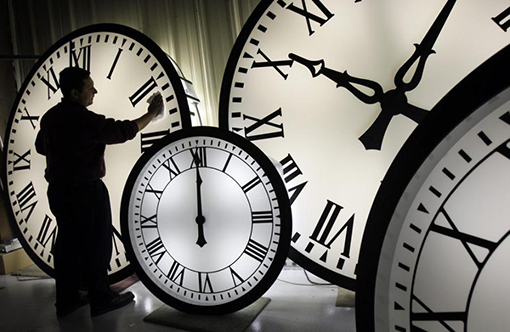 Hello all. Next Saturday is the annual Beckworth Bonfire night and this year we’re hoping for a huge record breaking display to make up for last year’s appalling lack of fireworks. You may remember a robbery last October left us with just one catherine wheel and a handful of faulty sparklers to entertain the townsfolk (who were slightly disapointed as tickets were £25 a head non-refundable). This year everyone will get their moneys worth as the ticket includes a free glow-in-the-dark wristband and prices have only gone up by 25% (to cover the cost of wrist bands and council bonuses). Attractions will include an unlit bonfire (due to health and safety concerns), a candle-light parade (adults only) and a woolen effigy of Guy Fawkes lovingly made by local knitwear designer Kath Kidson. At 7.30 there will be a torch-lit kite display from Noel Edmunds (weather permitting) and for the under-5s the Postman Pat dancers will be hosting an open-air disco. Haute cuisine will include a burger van will be selling partially-cooked meat dishes and the main event will of course be the setting off over 50 large fireworks (with local celeb Zara Philips lighting the fuses). Also, not to be missed at 6.30 the Beckworth & Crewbury Historical Re-enactors will be staging the gun powder plot (complete with horses, false-beards and real gun powder) in the scout hut. So see you there! G. Grimsby. Mayor 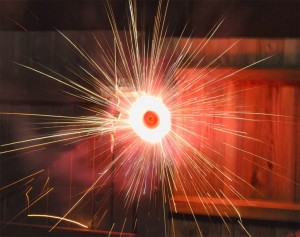 Hello all. Just to remind everyone that Floyd street will be partially closed tomorrow, near the site of the ongoing fracking, as we reach the climax of this year’s Allen Key Centenary Celebrations. For those who need reminding, 100 years ago this week local lock-smiths (and cousins) Cyril Key and Norris Allen invented their world famous large “hex keys.” Originally named Cyrris Keys the cousins quickly found no one could spell this (not helped by the fact that customers couldn’t read or write) and so changed to the less clumsy and more memorable name Alan Allen-Key’s Keys, in honour of their late grandfather Alan Allen-Key, a blind blacksmith. A year after first making the keys Cyril and Norris met a passing American travelling salesmen and accidentally sold the patents to him for a shilling and a pint of cider each. The cunning salesman took his find back to the USA, and after much experimenting truncated the name and downsized the keys to make them pocket-sized (the originals were 3′ long). In doing so he made a fortune. But the cousins weren’t bitter “shortening the name was the “key” to success” they said a few years later “and we would never have thought of doing that.” Happily the family business still thrived and today operates out of an alcove in the back of Sainsco supermarket near the nappy aisle. Descendants of the Allen and Key families are tomorrow planning a day singing allen key-based songs, giving away allen key shaped balloons and selling cheap badges made from recycled allen keys. The big draw will be the rarely seen original Allen Key Display team, led by local actor Michael Crawford, reforming for one day only to wow crowds with their death defying allen key based stunts. So come on down, it’s not often you’ll get to see original allen keys in action. Yours Gary Grimsby. Mayor. Beckworth Town Council 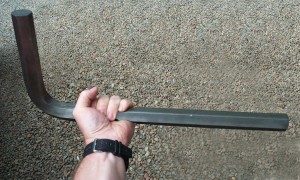 Just to let you know that tonights much anticipated Two Directions gig has been cancelled after the band split-up live onstage during this afternoons matinee show for the under-5s. Voted “The Midland’s Best One Direction tribute band” by readers of The Daily Mail the group have cited musical differences and a lack of hair-gel as a reason for the split. Thankfully for fans the members vow to carry on as separate One Direction tribute acts once they are fully rehearsed, so watch this space. Tickets are still available for tonights cancelled concert and are an ideal present for collectors of unused One Direction ephemera. 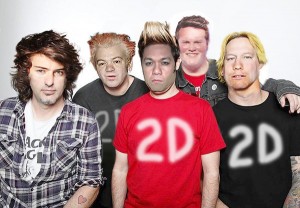 Hello, my name is Kenneth Kennilworth and I just want to state that my ex-friend, and pastry chef, Paul Hollywood has stolen parts of my life story for his film script… if you substitute Scrabble for baking, remove the car chases, discard being found by his Granddad and ignore the bit about getting a job at the hotel, the story is mine. I will therefore be asking for a cut of any money made, or that very least want a walk on part as “man playing scrabble” in the Great British Bake-Off tent. Best wishes, Kenneth. Scrabble Enthusiast

Dear all. I’m sure you are all gripped by The Great British Bake-Off hosted by our very own pastry chef / novelty baker Paul Hollywood on his weekends off during the summer. The great news is that Paul has taken a weeks holiday and is today flying out to visit his namesake, Hollywood, home of films and actors, to try and sell his very first film script. The script, called “Make Or Bake” is an action thriller/rom com/sci-fi who-done-it based on his experiences working on the Bake-Off TV show and also draws on his career in our own hotel kitchens. Paul told me the story has all the ingredients to be a smash hit. It opens with a classic car chase where an innocent-looking orphan boy (young Paul) is thrown out of a fast moving car which drives off without him and crashes into a tree down the road. Hollywood miraculously survives and is found in ditch by a 1960′s Fagin and his teenage gang. They make him their apprentice and teach him the century’s old trade of street urchin, but in a novel rags to riches twist he one day arrives rain-sodden at Hill View Hotel in Beckworth selling tea-towels, J-Cloths and pegs. He is taken in by the kindly chef who over a cup tea and a scone recognises the lucky-charm necklace worn by Paul to belong to his dead daughter’s, and that young Hollywood must be her long-lost son who fell out of a car when he was a small boy. Grandfather chef teaches him to bake, do icing, pastry and stuff, and the next thing you know, lothario Paul is on TV making fancy cakes. At this point his old street gang reappear to black-mail baker Paul…. I won’t spoil the plot but it’s great, funny, sad, saucy, etc and peppered with his trademark baking tips, Mary Berry even gets a cameo role. So we all wish him well and look forward to his return when he’ll be baking his prized bloomers for the staff and guests here. Sandy Luton, General Manager, Hill View Hotel 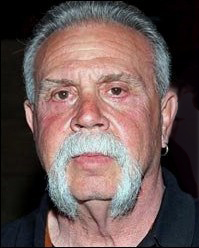 Hello all. News just in… Local celeb Janet Street-Porter’s attempt to become the first woman with a deaf dog to go around the World in a hot air balloon has come to a dramatic end this lunch time. Sadly after travelling almost 8 miles in 48 hours Mrs Janet’s balloon got blown back to near where it took off only to get snagged on a phone-line. A shaken Mrs Porter-Street said she hoped to try her attempt again next year when the nice weather returns. Thankfully no one was injured in the crash and Mrs St Porter was last seen being comforted by local politician and St John’s Ambulance volunteer Nick Clegg in the pub. Over a shandy and rum chaser Ms Janet said she hopes to able to reuse her balloon once it’s been patched up by the local girl guides and brownies. Good luck with the puncture repairs Beckworth Beavers. Christine Batley. Chief Air Accident Correspondent. Beckworth Guardian 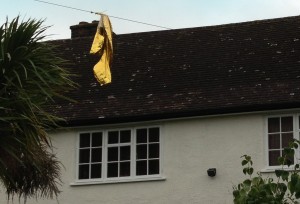 Hello all. Just to keep you up to speed with local celeb Janet Street-Porter’s attempt to become the first woman with an aged dog to go around the World in a hot air balloon. She was photographed this morning floating serenely above nearby Inmansworth Safari Park. So far she’s covered 6 miles in over 24 hours. Not at all bad as she hopes to make the entire trip in less than a month, hopefully without toilet breaks. Good luck with “holding it in” for as long as possible Mrs Janet. Christine Batley. Chief Air Balloon and Light Aircraft Correspondent. Beckworth Guardian 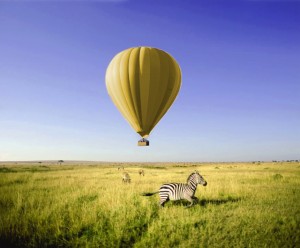 Hello all. It is a very tired Christine posting this news as I was up before dawn this morning to wave off local celeb and hot air balloon enthusiast Janet Street-Porter from Slocombe airfield. Miss Janet is attempting to become the first solo woman to float around the World single handed in a gold-coloured balloon. Mrs Porter, with the help of her arthritic dog Nimble, hopes to complete the around the World journey in less than a month as she has a dental appointment in early November. So good luck with the trip Mrs Street and Nimble. Christine Batley. Chief Air Balloon and Light Aircraft Correspondent. Beckworth Guardian 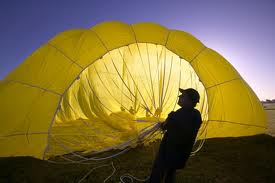 Hello. I just thought i’d share the fantastic news that this morning local Police (namely me) have probably found the missing computer belonging to an absent-minded MI5 agent (Government spy). A bit of detective work had me literally falling over it outside a house belonging to hardman Vinnie Jones. The spy, simply known as Jerry, left his laptop computer containing all this country’s Most Top Secret files on a train after he got drunk at a leaving do last Friday. He was worried it might fall into the wrong hands (i.e. A foreign spy might find it, or worse, it might get sold on Ebay) so obviously i’ll be in line for a big cash reward and maybe even a knighthood for finding it. I’ll keep you posted once i’ve contacted the lost property bit of MI5. Yours, PC Cowgrove. Beckworth Police 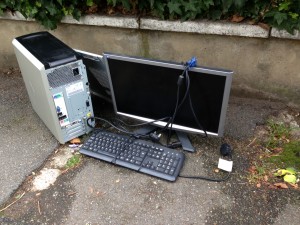