Just a reminder that today, from 2pm, we will be recreating Man’s First Walk On The Moon in the sandpit of the children’s play area next to the sports field. Yesterdays’ dress rehearsal went quite well, with only three re-enactors hospitalised after their pretend rocket went off course and crash landed on the swings. It’s likely to be a day to remember, so see you there…. The Beckworth & Crewbury Historical Re-enactors

Just a reminder that next Saturday, from 2pm, we will be recreating what was probably Man’s First Walk On The Moon in the sandpit of the childrens play area next to the sports field. This is our most ambitious and most daring re-enactment yet and will feature a scale model of the Apollo 11 rocket pretending to take off (from the car park), simulate flying about a bit and then quickly touching down on the moon (the sand pit). From there our two intrepid “astronauts” Lee Armstrong and Buzz Aldridge will act out descending to the moons surface (the sand pit) to take samples of moon dust (sand) and to pitch a tent… Then after an hour or so of walking and jumping about it’ll be back in the rocket to pretend to come home to Earth and splash down in the pond. We’ve even got mock ups of moon rocks and aliens played by many of our members. Its a day to remember, so see you next weekend and lets make (re-enact) history together…. The Beckworth & Crewbury Historical Re-enactors

Just a reminder that today, from 3.30pm, we will be recreating the The Ides Of March in The Sainsco carpark. The society is currently lacking members but as the action really is a two man thing we should be ok. It’s an enactment full off Roman swearing and fighting with lots of Caesar stabbing and loads of fake blood. The latter should get the teenage townsfolk off their tablets for half an hour as it will look like a usual Saturday night outside your average nightclub… So please come on down and see for yourself. The Beckworth & Crewbury Historical Re-enactors

Just a reminder that tomorrow from 11am, after a 2 minute silence, we will be accurately recreating the The Battle Of Somme on the sports field. This will be one our most epic reenactments ever and will played out in real time all afternoon and long into the night (with breaks for lunch and dinner where we will eat 1916 rations). Due to the numbers of WW1 soldiers needed for the battle we have invited some of our most hated rival re-enactors to play the loathed German hun. We are expecting World class “actors” from Hull, Portsmouth, Croydon and if their coach arrives in time, Jersey. We hope to perform to large crowds and TV crews and have been practicing for many evenings. So come and support us, as it is a battle we must never forget.

Hello. This week we will be celebrating a major event in Beckworth history in our own unique way; through the power of re-enactment. As locals know it is 399 years ago to the day (give or take a week) that the famous bard, Sir William Shakespeare, passed through the town on his way home from a camping holiday near here. Will’s diary tells us he’d had a great time larking-about dogging and shooting in nearby Slocombe and on his way back to Stratford called into Beckworth’s Ye Olde Blind Badger Inn. A large ploughman’s lunch, some crisps and a cider were enjoyed…. He described the visit as only the wordsmith could, “T’was wicked and I got so well bladdered that I fell off me horse upon closing time!” he wrote. To honour the momentous pub lunch (and also mark his tragic death) The Beckworth Historical Society is joining forces with The Beckworth Players to act out quite a few of Mr Shakespeare’s plays and sonnets (though i’m not sure what one of those is). Everyday for 7 days we will put on a show and stage them, as they did in Mr Will’s day, on the back of a cart parked in McDonald’s carpark. So please come down and hear the Bard’s “words made flesh…” or so it says in an email I was sent by some ponce from The Beckworth Players. Thanks, Bill Christchurch. Beckworth Historical Society. 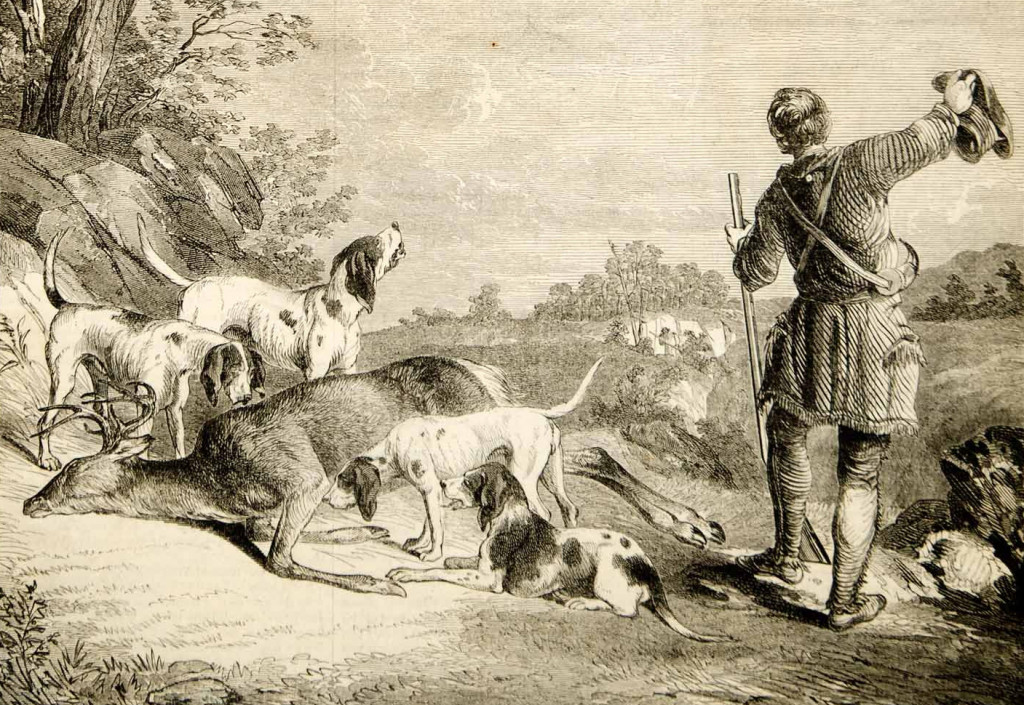 Just a reminder that on tomorrow, from 3pm, we will be simultaneously recreating both the The Battle Of Agincourt and The Gunpowder Plot on the sports field, seamlessly intertwining events. It’s a historical Buy One Get One Free! We’re celebrating the fact it’s 500 years, almost to the day, since the Agincourt power-struggle happened on a battlefield somewhere in Britain and 400 since Guy Fawkes invented bonfire night by allegedly trying to blow up the House Of Parliament. We’re winging the battle a bit as we’ve not found much in the way of records to help our battle scenes but we’ve got tons on the plot. The only downside is we’re lacking our star re-enactor who always plays Guy and has the costume (He’s currently residing at Her Majesty’s Pleasure), so we’ll use a dummy instead. But get this; recent evidence has come to light that proves the gunpowder plot was actually all a big misunderstanding. The story goes that a thirsty Mr Fawkes and and his friends had been barred from a Westminster pub due to unpaid ale bills and repeated fornication at the bar and wanted their revenge. So they planned to blow-up said public house. But due to a lack of electric lighting back in the “dark ages” Guy’s crew couldn’t clearly see what building they’d planted the gunpowder in. And as history shows they accidentally put it under Parliament, thinking it was the pub they’d targeted. Imagine their disbelief when they were arrested and tried and hanged and stuff for treason. Poor old Mr Fawkes. Still without his blunder no one would have bothered inventing burning effigies, bonfires or fireworks. Imagine a world without trick or treating. Or pumpkins and sparklers! It doesn’t bear thinking about. So thank you Guy Fawkes and your randy drunk friends… It would be interesting to know what inventions battling Agincourt led to. See you all tomorrow. The Beckworth & Crewbury Historical Re-enactors 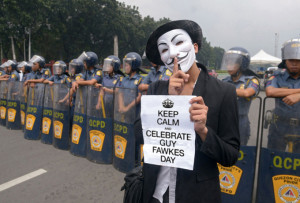 Just a reminder that today, from 6pm, we will be recreating the The Battle Of Hastings on the sports field. Due to members’ work-commitments and the return of The Apprentice to our screens we will condense this large and ambitious reenactment and the sixteen of us who can make it aim to play the whole thing out in about two hours. Maybe less. I won’t give away the ending of the battle, if you want to know who wins come on down and see. The Beckworth & Crewbury Historical Re-enactors

(Above) An artist’s woven impression of todays’ battle re-enactment 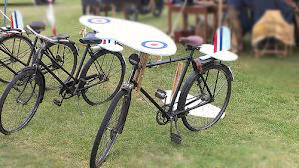 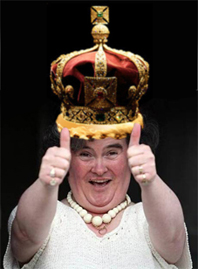 Just a reminder that today, from 1pm, we will be recreating the Queen’s Coronation in St Faith’s church. Come and relive the sights and sounds of 80 years ago, we’ve got some acting “royalty” being real Royalty, Ross Kemp is playing Prince Philip, Susan Boyle is the young virgin Queen with Fern Cotton as Princess Anne and Gary Barlow as Prince Charles. They’ll be choristers singing carols, a miniature horse and carriage, and the vicar will be pretending to be the Pope, doing all the crowning and stuff. It’s a must see afternoon for the whole family and for those that can’t fit in the church we will be relaying the sounds very loudly over speakers in the graveyard. So come all ye faithful.