Big news just in. Today saw the public unveiling of the long delayed Noddy Holder statue, sited close to the sewage works. There were audible gasps from the crowd when they saw the concrete bust, as it is 15′ taller than expected due to a confusion whereby the sculptor used inches not centimeters. The honour of unveiling went to local mobile disco DJ Dale Winton who has campaigned long and hard over the past 40 years to have a permanent monument erected in honour of the local Slade singer made good. “Noddy’s done so much putting glam rock on the map” said Mr Winton over a crafty fag “So I thought he deserved a statue. Or at the very least a bus shelter named after him” Dale then continued “Ideally i’d like statues put up of all the 1970′s glam pop pioneers, Bolan, Bowie, Status Quo, The Nolans and will continue to fund raise with this aim in mind” You can donate money to Dale’s cause at his website. Christine Batley. Chief Huge Statue Correspondent. Beckworth Guardian 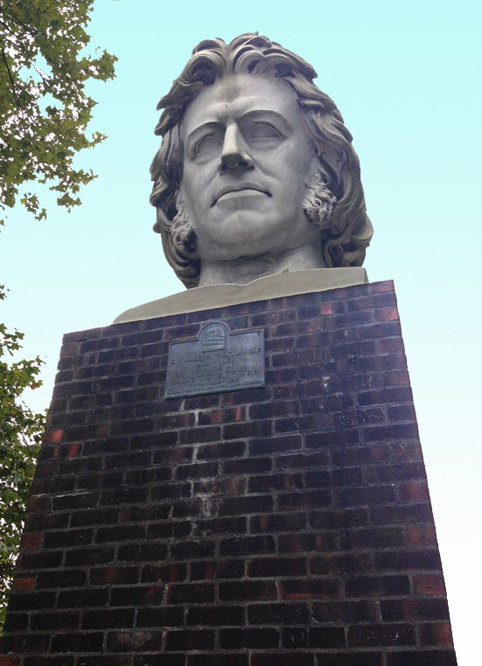 Breaking national news. Local amateur horticulturalist, Clifford Pinner, has been cleared of all charges made against him in this landmark indecency trial. Mr Pinner was arrested earlier this year when he was found to be growing “rude” fruit and vegetables on his allotment. After a tip off from a concerned neighbour armed Police searched Mr Pinner’s plot and confiscated various offensive growths, including large penis shaped marrows, breast like melons, a potato which looked like a bottom and small tomatoes that could have been mistaken for testicles according to Police testimony. After a case lasting almost two months, and costing almost £2 million, Mr Pinner was relieved to be let off with just a caution. He now hopes to get back to growing his au naturel shaped organic fruits and vegetables without fear of prosecution. Well done to Mr Pinner, and good luck to local Police who hope to appeal the case. Christine Batley. Chief Naughty Foodstuff Correspondent. Beckworth Guardian 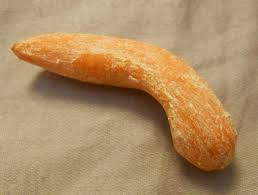 Dear all. Just a quick update on The Great British Bake Off for those following my cousin Jack-A-GooGoo, the gifted singer and entertainer. The observant amongst you will probably notice his absence from tonight’s episode. This was due to Jack helping the police with their enquiries when tonight’s programme was filmed. But the show’s very understanding producers have allowed Jack to stay in the competition. It’s fortunate that amateur photographer Jack had some very “interesting” photos of people associated with the programme and he used these as his “get out of jail free” card. Mary Berry and her son Paul Lollywood have said they are chuffed to bits that non-talented Jack is still in the running to win Bake Off this year. 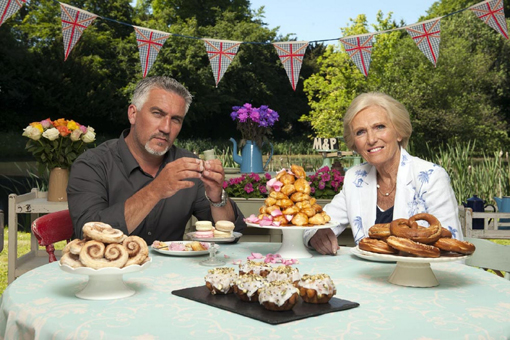 Dear all. I bet you’re enjoying The Great British Bake Off as much as me and all because my cousin Jack-A-GooGoo is doing wonders. He must be a dead cert for the final. Yesterday Jack was voted baker of the week for his Savoury Pastie (which he’d cleverly bought earlier from Greggs). By causing a distraction in the tent (he’s a trained arsonist) Jack was able to produce his pastry without anyone noticing he hadn’t so much as rolled out any pastry or turned his oven on! Mary Berry and her son Paul Bollywood even said it was the best pastie they’d ever tasted. So congratulations to Jack, Greggs and the local fire brigade. 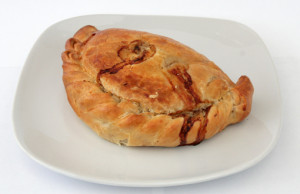 (Above) Jack’s lovingly presented pasty, the bake of the week as chosen by Mary Berry and her hungry son Paul

Dear all. It’s time to get back in the kitchen and help our local “builders” Anthony “Tony” Worrall-Thompson and Heston Blumenthal’s to finish the first phase of “Fudgeworth” (the model village of Beckworth made entirely of fudge). Phase one of the project is near to completion, the sewage works, council estate and drive through McDonalds look very realistic but the father and son team still need another 500,000 fudge bricks to finish building a scale model of the nuclear power plant. So ladies and gents and children of Beckworth let’s get making more fudge. An imploring Tony told me over a shandy in the hotel bar “That if each of Beckworth’s 5000+ residents to made at least five kilograms of fudge per day for a week they could get the eastern end of the scale  village finished in time for Christmas… Or New Year” So please help Tony and his son Heston, as they can’t do this job without your help. And remember we are an equal opportunities hotel with wheelchair access so there’s no excuse for lazy people on benefits not dropping off fudge. Thanks, Sandy Luton, General Manager, Hill View Hotel 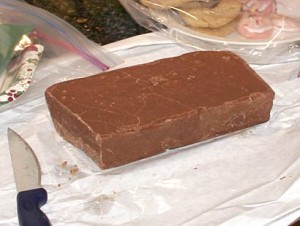 (Above) A fudge brick as wanted by Tony and son Heston

Great news, the UK’s best 1970s era Elvis Presley and Bruce Forsythe impersonator, Wayne Colchester, will be playing at the Blind Badger tonight before jetting off to Newcastle tomorrow for an X-Factor audition. Wayne will be playing songs from his self-released album “Goin’ Back To Miami (Via Belgium)” and from Strictly Come Dancing. There are plenty of tickets still available for this sell-out show and in honour of Wayne’s gig this weekend’s featured ales at the pub are “Nice To See You, To See You Nice” and “Didn’t We Do Well.”
Cindy Carmarthen, Bar Manager, The Blind Badger Pub & Venue 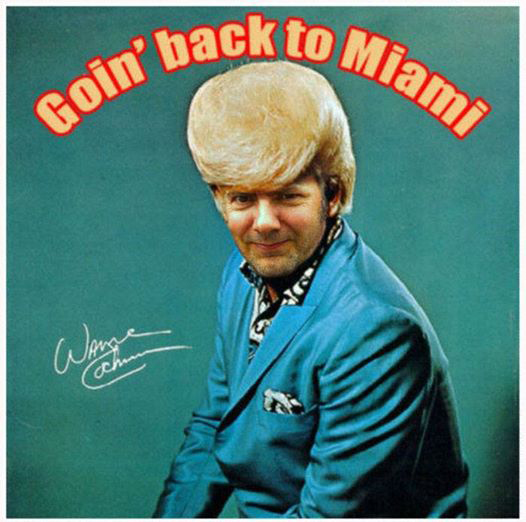 Hello. Just a quick message of condolence to the plucky losers of last night’s Chip Shop World Championships. Our local chippy Chip-A-Dee-Doo-Dah put up a brave fight during the competition but still managed to come last despite members of the opposing teams being carted off to A&E. Head chef Rick Stein‘s world first, a deep fried battered black forest gateaux, failed to impress the judges and marks were lost for using locally caught eel whilst claiming it was fresh Dover Sole. Better luck next time. G. Grimsby. Mayor 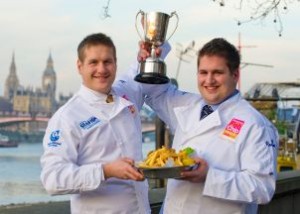 Dear all. Another week on The Great British Bake Off and once more it’s well done to my “clever” cousin Jack-A-GooGoo for getting through to the next round. I can’t tell you how he survived, suffice to say money changed hands. Quick thinking Jack was very lucky to have a large stash of cash on him when he was found to have presented a shop bought battenburg as his Euro cake “showstopper”. Still Mary Berry and her son Paul Brentwood saw the funny side and tucked into the cake, Paul even commenting that Mr Kipling was his baking idol. The Bake-Off hosts really seem to have taken a shine to non-cook Jack and I hear they are betting on him winning. 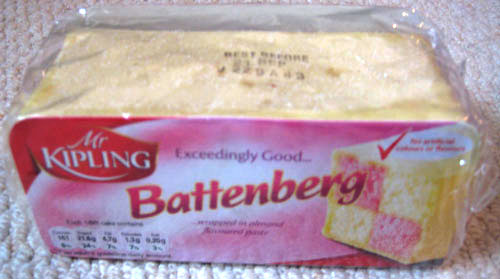 Hello. Just a reminder that the final of 2014′s Chip Shop World Championships will be televised on the Playboy channel from 7.30 tonight. Good luck to our local chippy Chip-A-Dee-Doo-Dah who face fierce competition from last years’ Bristol based winners, Chip Shape & Bristol Ration, and from Saudi Arabia’s Chip-Chim-A-Knee. I’m sure it will be a nail biting final, but Chip-A-Dee-Doo-Dah head chef Rick Stein says he’s going to pull a world first out of the fryer to clinch the title. G. Grimsby. Mayor 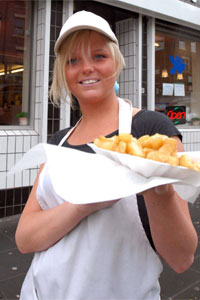 Hello. In five weeks time your local naturists (the Beckworth and Slocombe branch) are planning a coach trip to see Strictly Come Dancing. It is bound to be a splendid day out and will include a packed tea on the way there and cocktails on the return. There are plenty of seats left on the coach so come and join us, who knows we might even get to mingle with the stars if my close friend Wayne can get us backstage (he has a friend who does the wigs on Strictly). The trip is a splendid opportunity for the curious to try out naturism, especially as the coach and BBC studio promise to be well heated. If you’re interested please contact me in person (the naturists meet at the scout hut every Thursday evening from 9pm). Thank you, Lionel T. Worton. Secretary. Beckworth and Slocombe Naturists 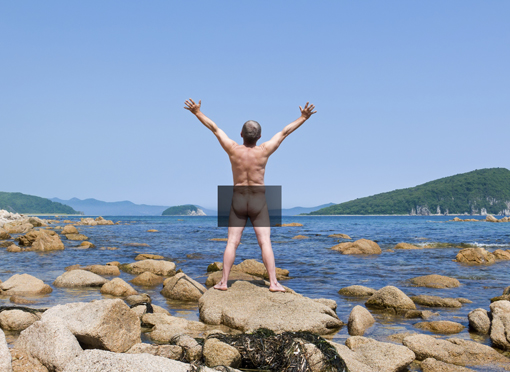