Hello all. Last night the World famous Iceland foods themed Iceland Land Theme Park in Slocombe was struck by lightning, not once but twice, causing damage to two of it’s most popular rides. The Kerry Katona Big Wheel had some seats burnt to a cinder and the Johnny Depp Carrousel had it’s roof burnt off. Thank goodness the park was closed at the time, otherwise people could have been seriously hurt and want their money back. The storm raged for over 8 hours and 12 fire engines had to attend the fires, which are now safely under control. It is hoped the damaged rides will be quickly fixed by local DIY SOS legend Nick Knowles and a massive clear up by the local scouts and guides is already underway. On hearing of the fire a spokesperson for Iceland figurehead Kerry Katona said “Ms Katona isn’t up yet but she’d pass the message on.” The theme park manager is keen to stress that 56.5% of the park is still open for business and was quoted during the electrical storm as saying “Hey Mum, this school holiday bring the kid’s down to Iceland Land and buy some out-of date party food whilst you’re here.” Christine Batley. Chief Storm Damage Correspondent. Beckworth Guardian 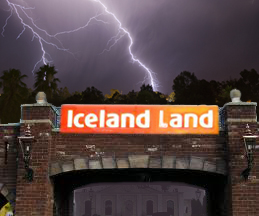 Good afternoon. This is a distress signal from a sprightly septuagenarian so please take note if you will. I have lost the contents of my fridge. I am not usually one to lose chilled foodstuffs and so am sure it is the job of local thieves targeting the old and vulnerable, such as myself. I could swear blind that the fridge contained food when I last looked on Tuesday afternoon just before I went out with Clare Balding, Jeremy Clarkson and other close friends to wet the Royal Baby’s head.  Now, having returned from 5 days of celebrating I find the fridge empty. I wouldn’t mind but I fancied some pork pie to help with my head and found it gone. More worrying is the theives have stolen a jug of milk which was a family heir loom (the jug not the milk). The pretty jug was a costly item recently bought from a charity shop along with a nearly new pair of M&S underpants. Anyway I am most distressed that I have nothing comestible to calm my rumblings and so will have to eat out in one of Beckworth’s many hostelries… If they’ll unbar me.  So has anyone anyone seen my food being eaten in the street by hoodies? Have you seen a half eaten boiled egg carelessly discarded in a hedge or three week old baked beans thrown on the roadside? If so please let me know or phone the police? Actually, now I look more carefully I may also have lost the fridge.

Any help would be appreciated. Colonel T. Ludlow (Ret’d) 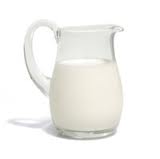 Have you seen this jug of milk (Above)?

Hello, i’ve found more clips from the interview of my life…. I’m sure you will love it. Thanks Regina

Hello all. Great news, after last night’s successful (and drunken) private view we are proud to announce that our latest exhibition is now open to the public. On display in the John & Yoko room at the town hall is Simon Cowell‘s fascinating and truly vast Spoon collection. Spanning the cutlery item’s history from it’s invention in ancient Greece (previously the human race only had forks, which were deemed useless when an ancient greek invented soup) up to the modern digital age. Simon has been an ardent “flatware” collector since his cross-dressing Uncle Boris bought him his first tea spoon for his 12th birthday. “It’s funny, but up until that day I actually suffered from sponophobia. Spoons and ladles scared me to death and brought me out in hives” Mr Cowell told me last night over a sherry “but I confronted my fears and fell in love with all things spooneristic, as we say in the trade. It’s the sensuous shape of a small bowl flowing into a handle that turned me on.” Success has meant that Simon has been able to indulge his passion and he is the envy of Sponofiles (Spoon collectors) all over the World. In fact some of his collection are so sought after that we’ve had to employ an elderly security guard to work part time. But it’s not just the collection that makes Simon exhibition fascinating, because to relax (in between judging talent shows and opening supermarkets) Simon likes to make spoons into jewellery and he has many reasonably priced items for sale in the town hall gift shop. So come on down, it’s the exhibition of a lifetime. Yours Gary Grimsby. Mayor. Beckworth Town Council 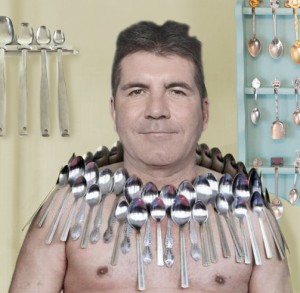 Hello. Just to let you know that tomorrow our local Thai massage parlour (Han Ki Pan Ki) will be throwing open it’s door as part of the Government’s national Hey Scrounger, Get A Job programme. Those lazy job-seekers who attended the recent abatoir and prison opendays will know it’s likely be a real hands-on experience and a stimulating day out for all the family (everyone is welcome although the day is really for dole scum). So come and have a relaxing massage in beautiful quiet surroundings (Han Ki Pan Ki is between the scrap yard and the drum shop). Meet the masseurs, who promise to be uplifting and attentive company with a “special something” for everyone over 18. Workshops will be held on applying essentials oils, handling drunk clients and something called “finding those elusive zones and working up rhythmic pressure.” Our wheelchair-user friends will be catered for in the Han Ki Pan Ki “drive-thru” and to keep the younger members of the family occupied there’s a television showing reruns of The Teletubbies, subtitled in Thai. The day will be a real eye-opener, so see you there.

Hello all. I’m pumped up with excitment (just like a big helium balloon filled with joy) and all because I’m able to share with you the breaking news from yesterday that our new baby King is to be named George. As predicted he has been named after his parents favourite entertainer, though no one realised the esteemed “My Sweet Lord” guitarist was even in the running. A Royal sauce close to the young Royal couple was overheard on a bus saying “William and Kate have recently been playing a lot of Prince Philips old records and become big fans of The Rolling Stones and The Beatles” she went on to say “Up until the Queen arrived yesterday the name Mick was a firm favourite. But in a twist of fate HM Queen Elizabeth II was humming “Love Me Do” when she first met her new Great-Grandson and so The Beatles were chosen to be the namesakes.” So from now on the baby King of Kings will be named Prince George Paul John Ringo of Cambridge, though to save energy in public and to reflect his humble roots he will simply be referred to as the Boy George. I’m sure you will agree that the Royals have chosen beautiful names for their son and I’m predicting that Sir Paul McCartney and Sir Ringo Starr will be Godfathers though, I hear David Walliams is also in the “frame.” The Royal couple are now taking a well-earned break with the baby Prince at Kate’s parent’s holiday “villa” at a caravan park in Bangor. Anyway, I will let you know more about the baby as it comes. Christine Batley. Chief Royal Correspondent. Beckworth Guardian 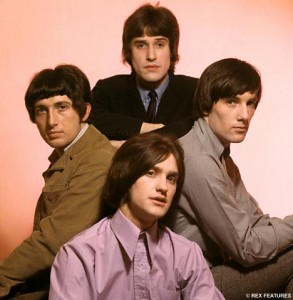 (Above) The Beatles in their heyday when they were alive

Hello all. Just to let you know that at 7.15 this evening, just before a rivetting episode of Eastenders, Sir William and Duchess Middleton left Beckworth General Hospital and took home their future heir, the baby boy Prince “Charming” (Likely to be called Neville or Steve). Stopping briefly to chat to photographers, and to Richard & Judy who were coming out of Sainsco with a weeks shopping, the Royal couple took a mini cab back to their home. Stopping off on the way to pick-up a well deserved Tikka Massala a curry-house source said the young couple looked the picture of young Royal love and got given 3 free commemorative poppadoms. Anyway, I will let you know more about the baby when I can. Christine Batley. Chief Royal Correspondent. Beckworth Guardian 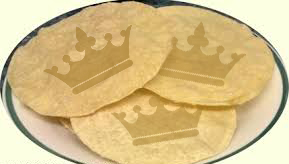 It’s royal baby celebration day today down at 99p Land and we’re wetting the baby’s head by having a “Kings Cross” sale to celebrate. Pop-in to 99p Land to congratulate Sir Wills and Kate on the birth of the baby King by buying all your party stuff at 10% off. Yes, that’s a fabulous 10% off a few old sale items marked with a red cross (offer excludes nappies, baby-wipes, alcohol, cigarettes, biscuits, picnic blankets, condoms, cardigans and apples). We’re open 8 till 8 so there’s plenty of time to get those baby party essentials. Bim Gujranwala. Manager. 99p Land

Hello all. It is wonderful to be able to share with you the news that Prince William and Princess Kate Middleton have given birth to our future heir, the baby boy King Of England. Born at 4.30 this afternoon, just before Noel Edmonds’ Deal Or No Deal, the baby was said “to be a real big bairn” by a Royal aide and to have his Grandfather’s ears. As is usual at Royal births the umbilical chord was cut by the reigning monarch and the baby presented to the hundreds of Royals, courtiers and ministers in attendance. But in a break with tradition the birth video will not be uploaded to youtube (though a commemorative DVD is planned). No news on the name but rumour mongers are saying Neville is the couple’s favourite. Anyway, I will let you know more about the birth when I know. Christine Batley. Chief Royal Correspondent. Beckworth Guardian 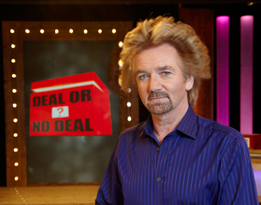 Hello all. To make the time pass quicker whilst I pace the floor in my sweltering kitchen waiting for dear Kate Middleton to give birth to our future heir, I’ve popped onto the internet to see what baby names the nation are betting William and Kate will give to their child. Most popular girls name at 2/1 is Elizabeth, and boys top choice at 3/1 is Darren. The other most popular choices are Kylie, Roxanne-Chantelle, Krystalle and Gladys if it’s a girl, and Rory, D-Wayne, Oral-B and Nathan if it’s a boy. But little known Royal protocol actually dictates that the baby must be named after the parents favourite singer (or minstrel as it was in ancient days). William was of course named after his mother’s favourite Take That star Robbie Williams and brother Harry in honour of his father’s favourite Harry Secombe (although due to misspelling he was actually christened Henry). It is therefore most likely that the child will be named Chris or Martin (Coldplay are a big Royal favourite) or Beyonce Knowles. I’ve placed a five pound bet on the latter as the odds are so good, but keep that to yourself. Anyway, I will keep you informed about the birth as soon as I know. Christine Batley. Chief Royal Correspondent. Beckworth Guardian 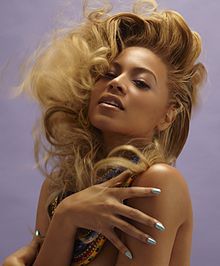