It was a win, win, win situation for Beckworth residents today when local lads came first and second in the pro men’s race at the 2015 London Marathon and a local lass won the pro women’s wheelchair race. Eliud Kipchoge, Wilson Kipsang and Tatyana Mcfadden did the town proud and were all trained by local man and Olympic athlete Daley Thompson. The wins come hot on the heals of local lad Simon Wood winning Masterchef earlier this week. Congratulations to all, and in their honour we hope to have a combined Marathon & Masterchef parade next year (if we get the planning permission). G.Grimsby. Mayor 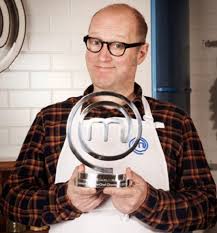 Hello all. Don’t forget this Sunday, 12th April, the annual french Le Marche De Fromage Et Onion (Cheese And Onion Market) will be in town. It’s your once in a year opportunity to buy expensive french cheeses, breads, veg and onions directly from people who drive on the wrong side of the road, don’t wash and refuse to speak the English language.

Once again wine won’t be offered after the many drunken altercations in recent years. Nor will we tolerate urinating in the street, not even down opened-manhole covers.

As is tradition the march of the Emmental Fromagiers will set off from from Town Hall steps at 10am, parade along Floyd Street into the Square to declare the market open.

Weather permitting there will be events all day for the whole family, including morris dancing by The Beckworth Bothamers, a kite display by local celebrity Noel Edmunds and of course in the afternoon the crowning of Beckworth’s Miss Garlic 2015.

Not to be missed this year will be the life-size inflatable Eiffel Tower that will be set up near the scout hut, and a must see will be the Beckworth & Crewbury Historical Re-enactors staging a reburial of King Richard III beneath the MacDonalds car park.

So Bonjour to one and all, Mayor Gary Grimsby 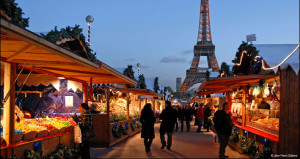 (Above) The french market featuring a life-size inflatable Eiffel Tower

Hello my flock. I’d like to take this opportunity to wish you all a very happy Easter and to invite you to the services we are having this weekend. This evening at 7.30 will be the traditional Maundy Thursday Service. In accordance to the Holy teaching and to remember the last supper we will eat fish and chips in the pews and afterwards I will wash the feet and socks of members of the congregation. Tomorrow at 10am we will have our Good Friday service, including a blessing of baby chicks and lambs, followed by St Faith’s annual Multi Faith Good Friday Sports Day. Hosted by us every Easter to remember the time our Lord was crucified and then rolled away a stone to “rise again.” We will celebrate with all faiths, whether they believe in one God or numerous, and come together to share a love of competitive sports and finding cream-eggs hidden around the church yard. On Sunday we will have 4 Easter services, at 8am, 11am, 3pm and 6pm and Monday we will have a mass at 11am and a blind-fold egg and spoon race through the grave yard afterwards. I trust we will see you at most of the services. Happy Easter and God Bless You All. Cyril Knutsford, Vicar, Beckworth St Faiths 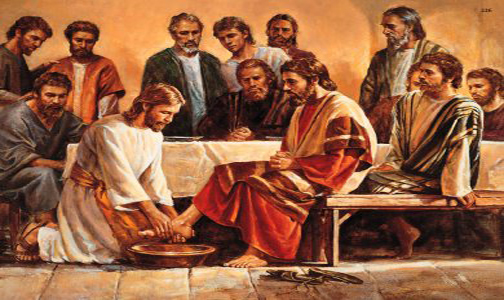