Just a reminder that tonight Beckworth will be pushing the boat out in order to celebrate the birthday of St Andrew (The patron saint of Scotland, Greece, Russia and Golf) in some style. A committee of Scottish and Communist plate-throwing residents have clubbed together to hire the scout hut and got top Scottish father and son band The Proclaimers to perform. To save money the band are walking all the way to the gig (500 miles or so) from their “sunshine” retirement home in Leith near Glasgow, so if you can’t make the gig you may seem them on shanks pony coming to town. Tickets they are selling like hot haggis, i’m told the committee have even had letters from America requesting some. See you there, G. Grimsby. Mayor and big fan Scottish duos 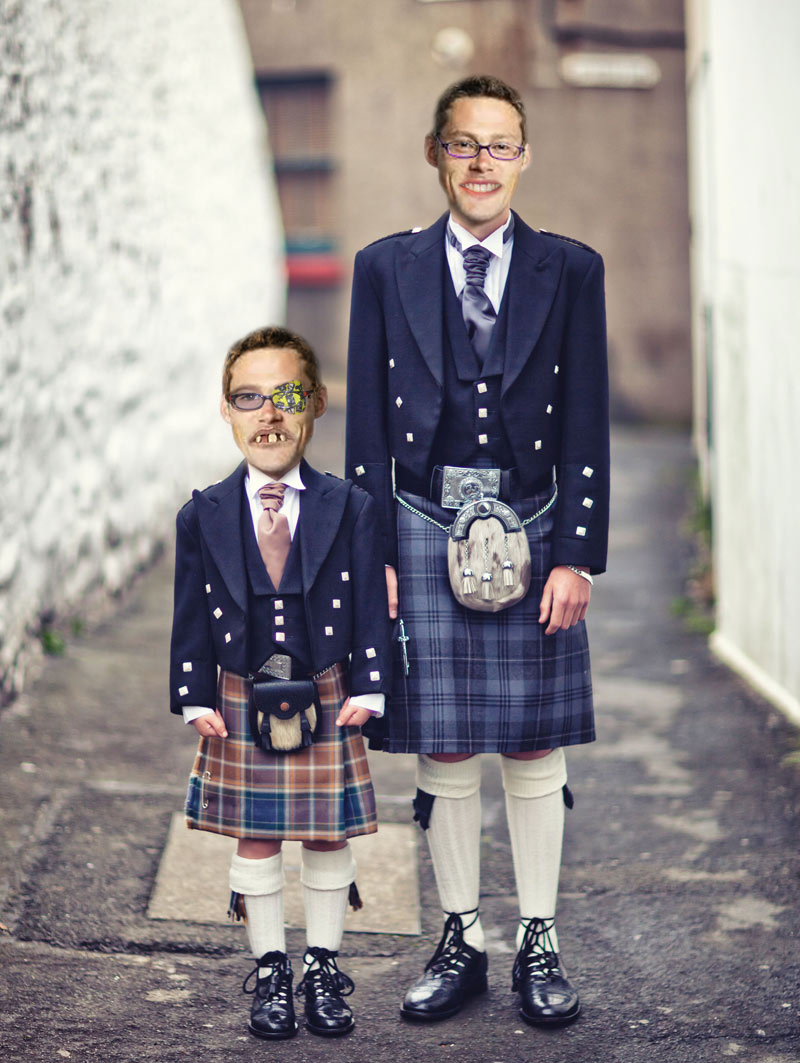 (Above) The Proclaimers, formerly known as The Krankies, walking to Beckworth

News just in… Local MP Frank Clydesdale is up for re-election and today set out on the campaign trail, but within minutes was embroiled in a race row. Many will know him for his tireless successful anti-racism pursuits, most notably for getting Gollys and bl**k boards banned in recent years. But he may have misjudged the public’s mood by cunningly launching himself today with a campaign to get Bl**k Friday renamed. He’s coined the catchy slogan “B is for Black Friday, B is for racism” but many think he is trivialising a very serious problem for his own publicity. I will keep you posted on Frank’s campaign but I for one whole-heartedly support him. Christine Batley. Chief Colour Correspondent. Beckworth Guardian 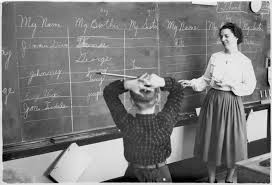 (Above) A now banned b***k board, golly not pictured

News Just In… Bargain hunters were out in force today and up very early (obviously on their way to signing on) as Beckworth shops slashed prices for Black Friday. Most notable were the bargains to be had at 99p Land, items such as Birthday Cake Candles and Out Of Date Walnuts were reduced to just 98p. Not surprisingly fights broke out over the hottest sale items and police had to intervene, many arrests were made but on a happy note I have heard that at least one constable bagged discounted tinsel for her Christmas tree. Christine Batley. Chief Cheap Riot Correspondent. Beckworth Guardian 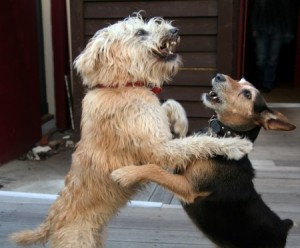 (Above) Even dogs were fighting over todays penny off bargains

Hello all, Mrs Minaj here… I’m sure you will know me for being a wealthy estate agent but did you know about my huge celebrity status? I’m not one to blow my own trumpet (except on stage) but I am both mother and very successful manager to local pop star Nicki Minaj. Now that you do know I can proudly announce details of my daughter’s forthcoming 2015 world tour. Nicki (real name Nicky) is a pop trail-blazer and so, in her words, to make the tour “a bit different and to save money” she’s going to only play venues visitable by barge. My lovely daughter recently bought a large ex-fisheries boat from Beckworth scrapyard (on the sound advise of her business adviser Uncle Reg Minaj) and has spent weeks getting it ship-shape and learning how to drive it. I am also proud to announce that she’s planning to make the tour a totally family affair, her band and crew will be entirely staffed by Minaj’s. Nicky has always had Dad “Sticky” Ricky as her drummer and I’ve always choreographed and managed her but now her siblings are getting in on the act…. Older brother Dicky is learning the bass, 10 year old brother Micky will play ukelele and recorder and sister Linda has just bought a keyboard. It’ll be a bit like that film The Sound Of Music… but without mountains or nazis. I for one can’t wait to make this wonderful trip and hope to see you all at the gigs. Mrs Vicky Minaj. Nicki Minaj’s Manager. 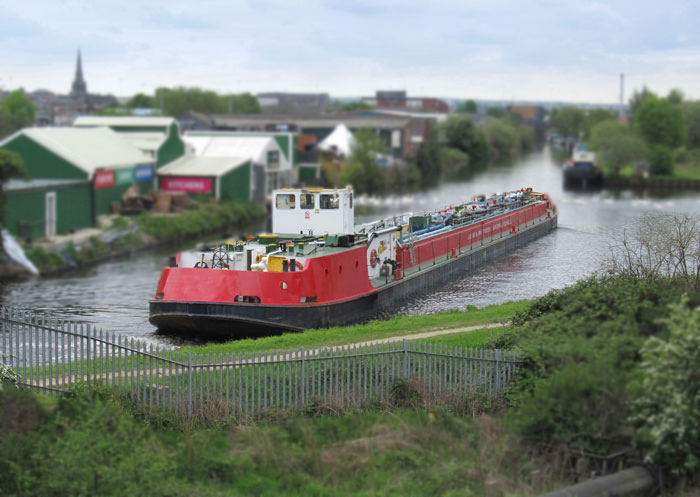 Hello all. Just to let you know that this years’ much anticipated International Wheelbarrow (And Garden Sprinkler) Show has been moved due to the original venue, the village hall, having been double booked with an absorbing exhibition of victorian inflatable sex dolls. No stone has been left unturned in finding a new site for the prestigious garden accessory show and I am thrilled to announce that it will now be held in a garage round the back of the health food emporium (once the owner has had a tidy up and removed her car). This is the 13th year that Beckworth is hosting the IWAGSS and it will be opened on Monday at 6.30am by green fingered hose-users, David and Victoria Beckham. Yours sincerely, Valerie Saddleworth CBE. Chairlady. The Beckworth Guild of Trade & Commerce 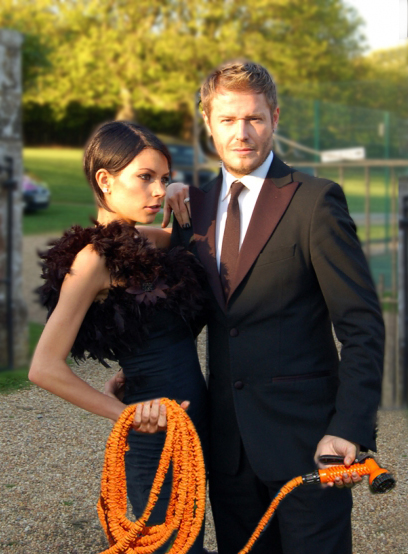 Hello everyone. Just to let you know that from today Beckworth can boast having it’s very own (council subsidised) mobile pet pampering service. Run out of the back a converted ice cream van by award-winning pet-caring husband and husband team Neville and Mohammed Norwich, we specialise in cosseting all breeds of land- and water-dwelling gastropod and testudines (Tortoises, turtles, snails etc). So if your pet slug needs a shampoo, your snail a manicure, your limpet a lacquering or your a terrapin a brightly painted shell, call on the experts Heaven & Shell. We’re pitched up everyday outside the sexual health clinic in the high street, so why not drop in with your loved ones.
N&M Norwich. 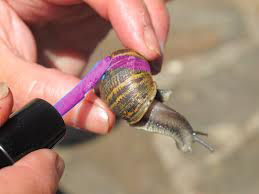 (Above) One of Heaven & Shell’s expert pamperers in action

Hello all. Just a reminder that tomorrow night local dance act, and Strictly Come Dancing hopefuls, Stereokicks will be switching on Beckworth’s Christmas lights. This year’s display I can safely say are probably the town’s best ever and stretch a hundred hundred yards or so along the high street from the crematorium to the office licence. With the street lit-up by energy saving light-bulbs in the shape of the stars of Emmerdale and Neighbours it will really feel like Christmas is on it’s way… G. Grimsby. Mayor 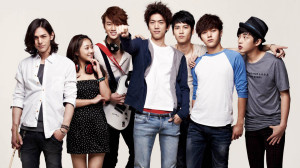 Dear all. As you probably know this week (10 – 16 Nov) is International Toffee & Fudge Week, when the whole world celebrates our favourite sugar based confectionary. The best way to honour our great British caramelising tradition is to visit very own part-built “Fudgeworth” (the model village of Beckworth made entirely of fudge). The site’s “builders” Anthony “Tony” Worrall-Thompson and son Heston Blumenthal’s hope to finish the plague-victim’s graveyard in time but still need another 363,268 fudge bricks. So ladies and gents and children of Beckworth let’s get making more fudge. As an equal opportunities hotel with wheelchair access there’s no excuse for anyone on benefits not dropping off fudge. Thanks, Sandy Luton, General Manager, Hill View Hotel

Here is an interview with PC Shirley “Shirley The Bobby” Cowgrove, Beckworth’s first, and so far only, female police constable

Hello, this is an interview recorded a while back which gives an insight into balancing the glamorous life of being in the police force with motherhood. Shirley.

Hello World. My name is Courtney and it’s lovely to meet you all, I hope you like hearing my interviews. I really didn’t hold back and told the lady interviewer lots of juicy secrets about my life, just like my heroes Katie Price, Kim Kardashian and White Dee. Thanks Courtney.

WARNING! THIS CONTAINS ONE OR TWO MILDLY NAUGHTY WORDS