Hello. Just a reminder that the annual strike by the council’s IT department starts tomorow and is likely to last a week or so. The strikers are currently thinking of a reason to strike but have said they won’t work on the website until early September. We are hoping that our young town hall intern will cross the picket-line so we can still update the Beckworth blog. Sorry for any inconvenience, G. Grimsby. Mayor

Dear all. I just want to congratulate my cousin Jack-A-GooGoo for his inventive baking on The Great British Bake Off last night. Jack could so easily have been kicked off the show as his bread making was crap. But Jack used his “loaf” and added a “sweetener” to his showstopper, so Mary Berry and her son Paul Hollybush voted someone else off instead. Well done to Jack and to the Berry family for seeing sense. 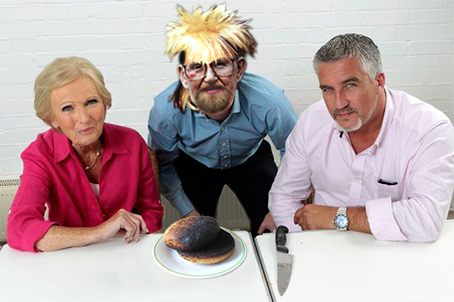 More exclusive triangle news just in. This morning, at the last day of the Triangle Show in Beckworth, owner and inventor at Dairylea Ms Dawn French accidentally let slip that at next year’s show she hopes to unveil a snack world first. A slide popped up during her talk about three-sided edibles showing that she is working with Swiss chocolatiers on a new cheese flavour Toblerone. She decined to comment further but i’m sure the world will be delighted to have Dairylea cheese in a bar. Christine Batley. Chief Cheese Based Confectionary Correspondent. Beckworth Guardian

News exclusive just in. Today saw record crowds as dozens of enthusiasts attended the opening of Triangle Show in Beckworth and as promised Dawn French unveiled a world first. Local scientist and 1970s pop sensation Prof Brian Cox has discovered the universe’s first four sided triangle. Yes, you heard it here first, Mr Cox has found a microscopic three-sided structure from outer space, which has an additional fourth side. Brian told me over a Dairylea sandwich that “I only unearthed it due to a bet with Top Gear‘s Richard Hamster Hammond that triangles could have more than 3 sides… and so in between appearing on TV and playing with my band Ultavox I looked for an example everywhere.” Then he added “After 6 weeks of looking I found the four sided triangular atom in some space dust i’d got lying about.” He excitedly shook me by the shoulders and said “The discovery leads me to think that this unique atom may been the root of the big bang, or why dinosaurs disappeared. Our world can probably only handle three sides in a triangular structure and in our planet’s ancient past this fourth dimension has caused chaos and destruction, just like in Dr Who… So we’ll have to be very careful with this atom and keep it in a safe, or a shoe box… More sarnies?” So there you have it, a world first in Beckworth all thanks to a gambling Brian Cox. Enjoy the weekend, Christine Batley. Chief New Triangle Correspondent. Beckworth Guardian 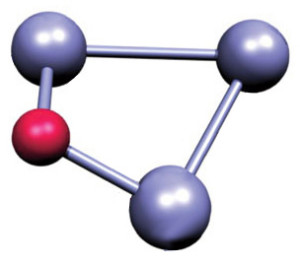 Hi, just a reminder that tomorrow, for three days only, Beckworth will be holding the World famous International Festival of Triangles and Triangulation. Conveniently sited on the triangular traffic island outside the nuclear power station, this is the first year our town has hosted the celebration of all things three-sided, now in it’s 73rd year. For 2014 sponsorship will be courtesy of the quality cheese-maker Dairylea who will also be providing most of the exhibits and entertainment and the whole experience will take place within an inflatable pyramid, so smoking will be banned. Throughout the event music will be provided by the rock band Isosceles and the lesbian folk duo Equilateral (local band Pythagorus Theorum having pulled out due to musical differences). Noel Edmunds promises to thrill the crowds with an indoors kite display using specially built three sided kites. The festival was meant to take place over the bank holiday weekend but a mix up over dates means it is happening this week instead. The exciting “trapezoid” event will be opened at 10.30am by the inventor of the Dairylee Triangle Miss Dawn French and will see the unveiling of a geometrical World first… I’m not sure what that will be so watch this space! Thanks Natalie Clifton. Tourist Information. 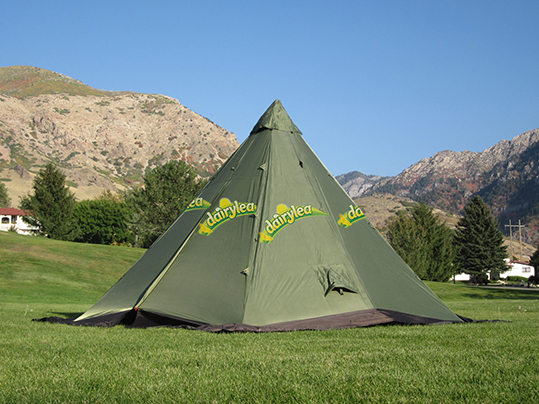 (Above) The International Festival of Triangles and Triangulation Marquee

Dear all, just to say my cousin Jack will be on The Great British Bake Off next week, so please watch him as he’ll need your support. Jack missed the first two weeks of the competition as he had to finish community service first, but he’s bound to be a star of the show when he gets in that tent with Mrs Berry and her son Paul. He first learnt to bake at her Majesty’s pleasure and it’s almost kept him on the straight and narrow ever since. You may remember Jack not as a baker but as a local heat runner-up on Stars In Their Eyes seven years ago, when he performed solo as the famous 1980s rock group Kajagoogoo, but of course he’s now best known for almost winning The Voice last year. He still performs his popular tribute act Jack-Agoogoo and is available for bookings (though not on Tuesday mornings as he signs on then and not weekends cause that’s when they film Bake Off). 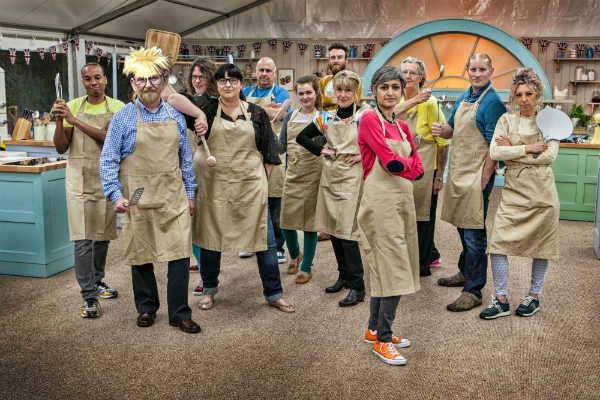 (Above) Jack, second from left, joins the other 2014 Bake Off contestants in a tent

Howdy hi. This is a message for fans of local band Eaten Mess. For the second time in three years they are bowing to legal pressure and changing their name. This time to Eaten Trifle. The popular covers band, that features ex-members of Status Quo and S Club 7, were for years called Eton Mess until the town of Eton threatened to sue them for besmirching the name. Now the cook that invented “mess” has also sued. We are hopeful that no one owns the rights to either “eaten” or “trifle”. Here’s hoping. Albert Leamington III. Band Manager. 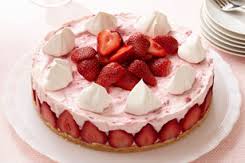 Hello. It’s always a wonderful start to one’s week when a VIP or two stop by the library, especially if unexpected. Today we were actually expecting HRH The Queen to be unveiling our newly white-washed gallery space but instead we got Roger Taylor and Brian May of the pop band Queen. We were not disappointed as the boys did a wonderful job declaring our newly painted walls “open” and even played the gathered throng some of their pop hits. It turns out that HRH Elizabeth II shares the same booking agent as the band Queen and this isn’t the first time they’ve found themselves standing in for our beloved monarch. “Due to mix-ups we’ve launched ships, given dinner to foreign heads of state and even opened Parliament” Roger told me. I’m thrilled about today’s mix up and hope the boys will do the honours for us again when we reopen the drinks vending machine.” Trinny Poole-Harbour. The Jeffrey Archer Gallery. Beckworth Library 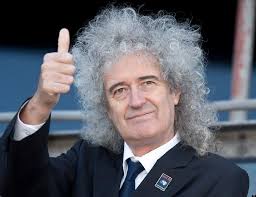 Hello, if you excuse the pun the Stag Do Massacre case is really hotting up. Well, it’s not really but we’ve found a discarded heater in the street near the Police station. PC Rozzer and I were having a late night wander and literally fell over it. It’s most likely part of the fixtures and fittings from the club where the murder took place and due to being violently removed is bound to be covered in the gang’s dabs (finger prints). The fire is currently being destroyed by the anti-terrorist bomb-squad (as they believe it to be a health hazard), but once they’ve finished with it we’ll dust the remains for clues. But we also need the public’s help with this case, and that’s where you come in. Perhaps you’ve seen a gang of blood covered men carrying radiators, thermostats, maybe even a boiler? Have you seen groups of criminals trying to flog night storage heaters? Or maybe you know a thing or two about getting the “fake log” bit on old electric fires to light up like flames? If so CID would like to hear from you. Please ring 999 and ask for PC R Cowgrove at Beckworth Police station, but you may not catch me in as PC Rozzer and I are currently working reduced hours as we’re trying to get suntans. But I’ll keep you posted on murder developments when I can. Yours, PC Cowgrove. Beckworth Police. 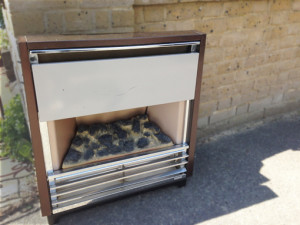 (Above) The three-bar fire used in the Stag Do Massacre 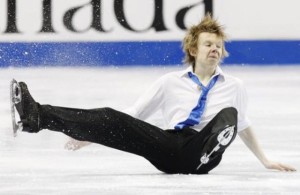