Hi, it is with regret that I have to inform all our readers and contributors that we are temporarily without a functioning “Visit Beckworth” website due to industrial action by the council’s IT Department. I have risked life and limb by crossing a hypothetical picket line just to put this message up…. Please bare with us whilst we deal with “the enemy within” who have been stirring up trouble by singing the Flying Pickets’ Christmas hit single “Only You” since downing tools. We are due to go to arbitration later this month in a bid to resume normal service. Yours Mayor G Grimsby 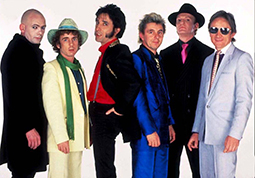 (Above) 1980s hit makers The Flying Pickets,
a bad influence on the striking Visit Beckworth IT Dept

Hello all. I just wanted to share the great news that TV naturist, novice-pilot and local celeb, Chris Packham has this week raised an amazing £186.72 for Beckworth hospice by flying solo in a bi-plane for over 15 minutes. It was the first time Chris, with the aid of his map-reading best friend Daniel, had ever flown solo and although he’d hoped to be airbourne for at least 6 hours he was still upbeat. Chris and Daniel were quoted as saying “Wow, that was the thrill of a life-time. We only tried flying a couple of weeks back as a bet with Bill Oddie but now we’ve got the bug. And raising all that money made me feel like the Last Of The Famous International Playboys!” When asked why they hadn’t flown for longer Pilot Peckham explained “Well i’ve only had a couple of lessons so far and although Dan is a Handsome Devil he’s a ******* lousy map reader. So instead of flying to the south of France to see Morrissey in concert, we crash landed soon after take-off in a field near Kings Lynn.” Co-Pilot Daniel added “Still at least no one was badly injured and me and Chris had a good laugh about it, once we’d got out the burning wreckage.” On being discharged from hospital the intrepid duo were asked if they planned to continue flying? A good humoured yet shaken Mr Christopher Reckham and Mr Daniel Owl replied “Of course, I Started Something I Couldn’t Finish… All I need is someone to lend us another ******* plane” So it’s well done to Chris and Daniel. Christine Batley. Chief Flying Correspondent. Beckworth Guardian 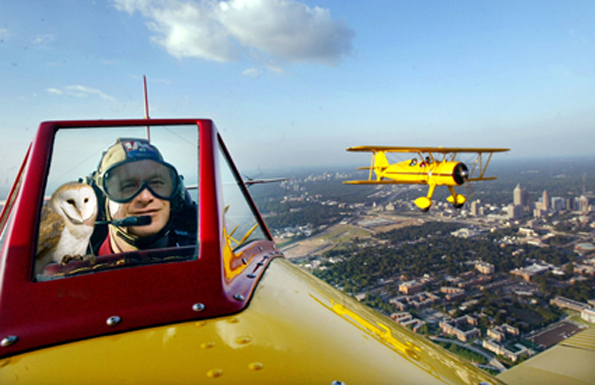 Hello. I am very pleased to announce that after much sterling detective work on my part the stolen miniature Terence Nutkin statue has been found alive and well just half a mile from the court room where it was stolen. After a tip off from the Antiques Roadshow’s Fiona Bruce the 12″ high sculpure was spotted for sale (at a reasonable £250) at a local “bootfair” and captured by myself with help from the riot squad. This is the second time Little Terry has been stolen and recovered, although this time the statue appears to have put on some weight and grown his hair during his ordeal, had his broken-off arm expertly reattached and had his little willy covered by a large leaf. The owner of the “boot” denies wrong-doing but has been arrested and bail denied due to the seriousness of this crime. Sculptor, and Nutkin’s creator, Chris Evans was very relieved at finding his “offspring” but said to me “Are you sure it’s the same ruddy statue?” I assured Chris by showing him the photographed evidence (below) and then closed the case, which means the trial of the first theft can now resume. PC R Cowgrove 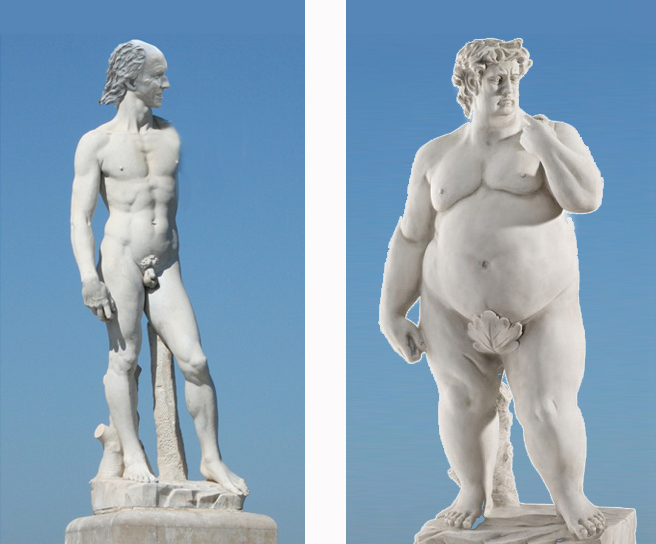