Fellow toilet users of Beckworth I have disturbing news fresh from the bowels of the council chambers. The namby-pamby councillors have, in their wisdom, voted to sell off one of our town’s greatest historical assts. I am of course referring to local landmark, the Gentlemen’s public conveniences on the corner of Floyd Street near the statue of Nelson. Not only are the lavatories haunted but the building should be Grade 1 listed for it’s religious significance. It’s status as the UK’s most haunted WC is assured given the numerous sightings of late night visitors skulking in the shadows and hand dryers going off at all hours. Many residents have witnessed cubicle doors banging shut at all hours followed by ghostly moanings and groanings. Poltergeists are said to remove light bulbs and raid the condom machine on a daily basis and mysterious sounds and odours emanate almost hourly from the Victorian latrine. I myself have found unflushable wastage left behind by a phantom owner with irritable bowel syndrome. The red-brick convenience has become so notorious after dark that men choose to use the convenience in pairs, but this tourist attraction still needs saving. It is the UK’s last “angular” men-only convenience. Completely lacking any curves it was designed in the 19th century by leading public convenience builder, and practicing mysogynist, Bishop Lewis Collins. The Catholic bishop believed curves, and the fairer sex, were the work of the devil’s which encouraged fornication so his toilet design were for men only and comprised entirely of sharp angles. As it is the last of his “cathedrals to male defecation” existing in this country we must save it. To this end I am forming Save The Old Angular Toilets, STOATs, to tirelessly campaign to stop the council selling off of this national treasure. Please join me this Thursday at 6.15pm in The Blind Badger pub garden when we will can discuss fund-raising, membership packs and tactics. 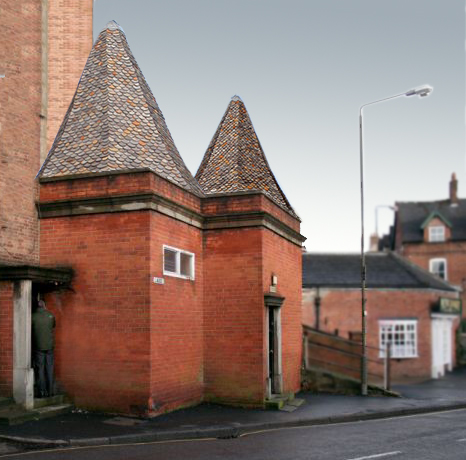