Dear flock. Just to remind you that tomorrow morning’s All Hallows (All Saints) Day service will be starting slightly later than usual at (11.15am) as I am getting my first tatoo inked first thing. I’ve drawn it myself and i’m pretty chuffed with it, even the bishop approves (it’s of the Marks & Spencer’s St Michael’s logo, so it combines my love of M&S pants and of the real Saint St Michael).

As for the service, please gather outside the church at 11.10 and we will all skip into the church singing When The Saints Go Marching In and as usual we hope to be accompanied by the local prison brass band (if they don’t all try to escape as they have in the past). Please remember to come to the service dressed as your favourite saint  and carry a carved-out tomato as a lantern (for this is the ancient Christian tradition on All Hallows before everyone turned to pumpkins). See you all tomorrow. 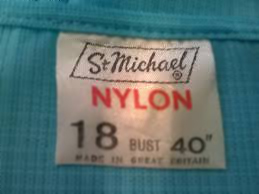 (Above) The inspiration for the vicar’s religious tatoo 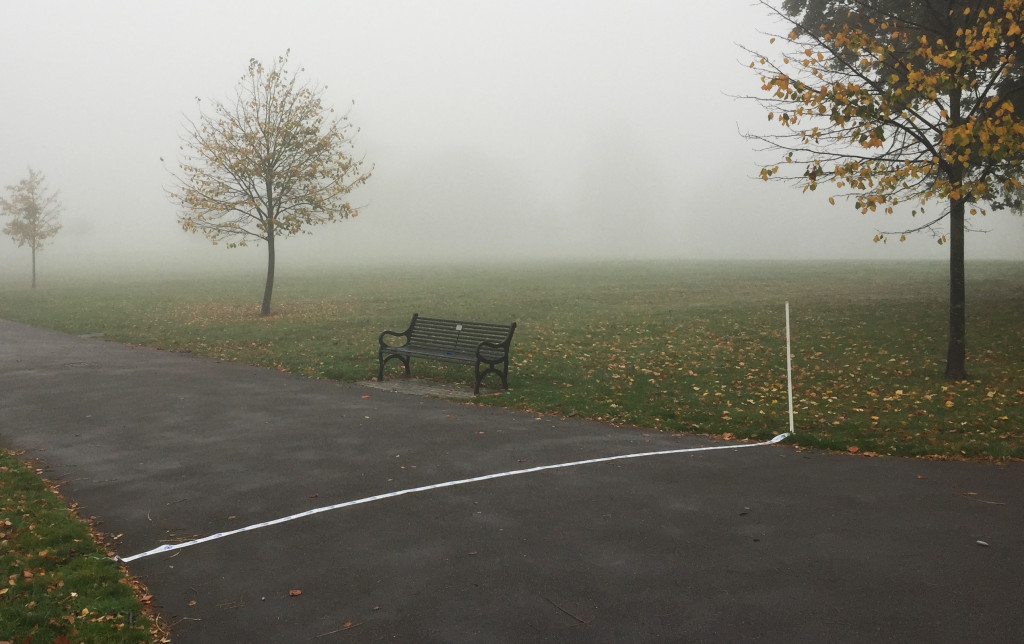 Good day Beckworth. This is a momentous day for the whole town, in fact for the whole World, as i have possibly discovered the true position of the meridian line. Known as Longitude 0º, for years it was thought the Meridian of the World cut right through an old folks home in Greenwich, London, until they recently discovered they were a few feet out and it actually ran through a tatoo-parlour… But whilst out running I’ve found they were at least 150 miles out. For I have today found, and photographed, what will probably become known as the real Meridian. At present it is just a humble white line but it is likely to be of such scientific significance that I believe Beckworth should nurture it and turn into a tourist attraction. And a longitude based theme park. Just think most atlases, globes and maps will surely have to be corrected so the meridian cuts through Beckworth not Greenwich… Even time itself may have to be changed… I’ll have to ask Prof Brian Cox when I next see him in the barbers getting his beautiful hair teased into place and let you know…. Yours sincerely Alan Stroud. Discoverer of The Beckworth Meridian

Hello all, your beloved Prof Brian Cox here. As per usual you lot are asking me to waste my precious time answering the same scientifically tedious questions, year in year out. I’m talking about why twice a year you ask why do the clocks change. If I had a fiver for all the times i’ve told you the answer i’d have enough to buy a CD of the Best of (my old band) Tears For Fears. So this year i’m just going to say read my previous blogs on the matter… Why not ask me something deep like “why is the air see-through” or “what is the best way to keep one’s hair looking immaculate?” In the mean time i’m going to enjoy an extra hour in bed before having Sunday lunch round at the “palace” of my good celebrity pals Charles and Camilla…. No doubt i’ll be back answering your insipid queries soon, so keep the faith. Ta ta, Prof Brian Cox. 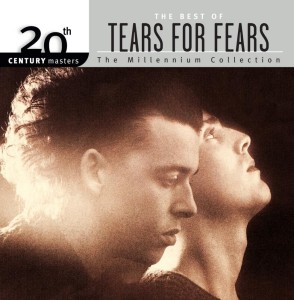 Good morning Beckworth. I’m sorry to impart bad news, especially as it falls on the day of Strictly, but I have to inform all residents that I have taken Police advice and banned trick or treating once again… It is the only way of keeping Beckworth safe this Halloween and comes after yet another year on year increases of muggings by under 10s. The town’s ageing population already live in fear of clowns and now worry that Halloween night has been highjacked by far-right yummy-mummys and by Satan worshipping youth clubs. I hope the ban won’t effect your enjoyment of all-hallows eve. Thanking you most warmly. Aashif Ackworth. New Mayor 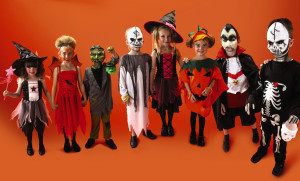 (Above) Terrifying scenes like this will banned this Halloween

Good midday to you all. I’m sure I speak for us all when I say the whole of Beckworth is apoplectic with rage over the announcement that this Government has turned-tail and given Heathrow Airport the go ahead for expansion. After saying it never would… Why was it not our airport? I hear you ask in unison. You may remember that earlier this year, or was it last, we were shocked to read an independently biased report (paid for by Heathrow Airport) into the future of London’s airports, which not-surprisingly gave Heathrow the nod. But once the dust had settled and many “sweeteners” had been paid to the “right” people we were given assurances that the town was now the number one choice to become the UK’s biggest airport. And we’d even promised to build a cafe, fake-tudor pub and duty-free shop inside a new terminal… On top of that we offered to lay on twice daily buses to the nearest train station, where passengers could catch delayed, full trains that go quite close to London. But it seems to no avail. We will of course appeal, or at least ask for our “bribes” back. The Beckworth guild have campaigned tirelessly to have an international airport sighted in the brown fields on the edge of the town and we, the “little people,” will not be passed over quietly. So please sign the petition “Beckworth Still Wants A Big Airport. Or At Least A Runway,” which will be on view in many of the town’s shops from today. Or allow yourself to be harassed by a chugger on the high street. Let’s fight together. Yours sincerely, Valerie Saddleworth CBE. Chairlady. The Beckworth Guild of Trade & Commerce 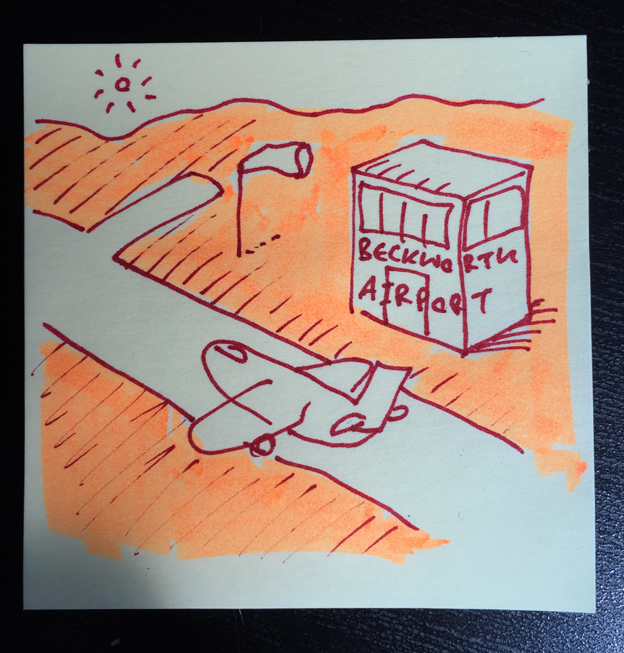 (Above) A local artist’s plans for the proposed Beckworth International Airport as submitted, along with bungs of money, to the Government’s commission 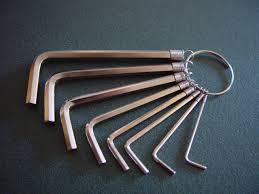 Hello all. Just a reminder that this coming Saturday and Sunday the town will be hosting it’s annual Smokers Fair in the Market Square, and as with previous years it coincides with a traditional Germanic ”Weihnachten” Christmas Fair. With tens of stalls lining the high street it’s sure to be a wonderful weekend for nicotine addicts and sauerkraut lovers of all ages and the ideal place to do all your festive shopping.

All the events will be held outdoors, with the exception of the pot smokers pottery classes and sausage making drop-in sessions which will both take place in a shed behind the abbatoir.

Great news for all the family; the pubs will be open from 8am Saturday and stay open until 11.30pm on Sunday night to cater for the expected coachloads of heavy drinking, lederhosen wearing, teutonic smokers. 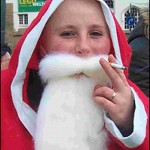 Just to let you know that tonight’s much anticipated Zayn Panic (Zayn Malik tribute) gig has been cancelled after the one-man band split-up over breakfast. Zayn Panic’s 53 year old vocalist and multi-instrumentalist Dave has cited musical differences and a lack of Frosties as a reason for the split. Once voted “Birmingham’s Thirteenth Best Zayn Malik tribute band” by readers of The Daily Mail Dave says he may reform as a Harry Styles tribute later in the week. Tickets are still available for tonight’s cancelled concert and are an ideal present for collectors of unused One Direction ephemera. 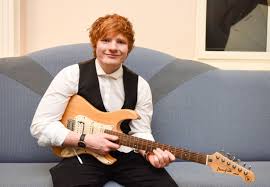 Good mid afternoon to you all. I’m sure I speak for us all when I say we as a town are overjoyed that the next President of The USA, Sir Donald Trump is to planning to open his first UK shop here in Beckworth. Sir Donny, as he likes his staff to call him, has asked for planning-permission to build a branch of his successful equestrian and hair-piece superstore, Stirrups & Syrups, in the grounds of Beckworth Castle. We are hoping the council see fit to allow the plans to go ahead as it will bring about 6 jobs to the town… Yours sincerely, Valerie Saddleworth CBE. Chairlady. The Beckworth Guild of Trade & Commerce 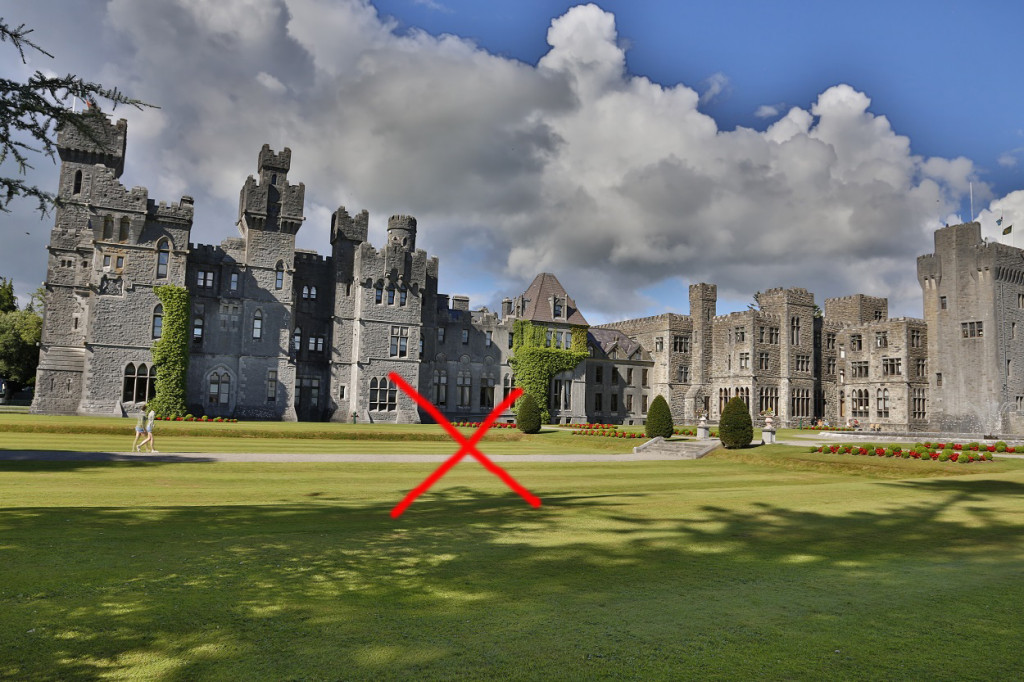