Hurry, it’s the last few days of our January sale with up to 10% off our cheap and cheerful double-glazed doors and windows. Based on 2000 year old designs, as laid down in the scriptures by our founders Jesus and his Dad Joseph, all work is carried out by our crack team of genuflecting Anglican priests and comes with God’s very own 3 month guarantee. Satisfied customers include Dale Winton, Ann Widdecombe, Boris Johnson and The Archbishop Of Canterbury. So come on down to your local Anglican Windows showroom and let the The Father, The Son and the Holy Ghost into your home, shed or business. God bless you, Celine Dion, manageress, Anglican Windows 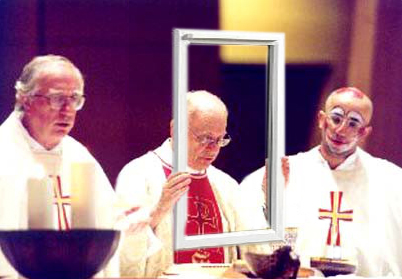 I’ve just seen 1980′s pop star Stephen Morrissey buying a whoopee cushion and false nose & glasses from the joke shop next to the town’s mosque. I’ll bet it’s to play a trick on his brother Neil Morrissey, star of Men Behaving Badly and Bob The Builder. I’ve heard neither of them takes themselves too seriously and they love larking about. Albert 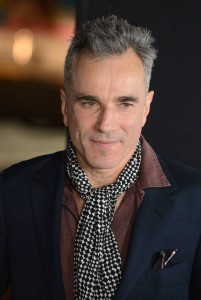 (Above) Neil Morrissey’s older brother Morrissey leaving Beckworth’s joke shop with some tricks up his sleeve, or in his pockets 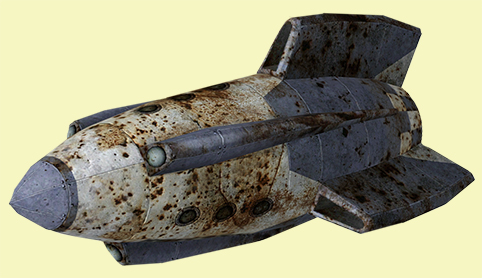 Hello all, more shocking news just in i’m afraid to say. Following the theft last week of OAP Mr Reginald Owen from the Dick Van Dyke nursing home I have the misfortune to announce that a second pensioner has apparently been stolen. Mrs Gladys York was last seen waving to passers-by from her caravan sited on the flooded driveway of her son’s house about 9 or 10 days ago. Her family is currently holidaying in Barbados to avoid the winter storms and her disappearance was only noticed today when a concerned neighbour saw the caravan floating off down the river engulfed street. Local lifeboat crews managed to stop the “dwelling” floating out to sea and once returned to it’s original “moorings” it was found to be missing Mrs York from inside. A part-time spokesperson for the RNLI, Shane “Alfie Moon” Ritchie, said “we can only conclude that she was missing from the caravan before it floated off…” before adding “Mrs Gladys has probably been nicked by gypsies, I hear there’s a lot of it about… Thefts have got out of hand round here since the New Year. It’s ’cause we’ve allowed the Romanians to come here and work.” Police are underplaying this latest theft saying “she probably just popped to the shops last week and got lost. There’s not a lot we can do really… Unless of course, her family offers a cash reward for her safe return” So if you see an old lady called Gladys looking lost call Crimestoppers or hand her in at the nearest charity shop. I’ll let you know when i have more news on this… Christine Batley. Chief Floating Caravan and Missing Pensioner Correspondent. Beckworth Guardian

Hello all, shocking news just in, five nights ago the Dick Van Dyke nursing home was burgled with many irreplaceable items being taken. Speaking on behalf of the home, matron Anne Widdecombe CBE, said the break-in only came to light this morning when someone noticed the residents were watching a blank wall where the telly had been. She went on to say many priceless artifacts were very likely stolen including some fake jewellery, a mink coat with the security-tag still on, an original Silver Jubilee Asda biscuit tin, a chipped china figure of ballerina wrestling a bear, a lovely new ipad and camera, the aforementioned big colour telly and a Mr Reginald Owen. Mrs Anne said the insurance company have been informed and were sending someone round on their bike. She also stressed how hard it will be to put a value on Mr Owen, although she would try, going on to mention a ballpark figure of £500,000 plus funeral expenses. “But Reg is priceless really. A real joy to push around in his wheelchair, the life and soul of the home. And it’s very out of character for Mr Owen to go out without his teeth in and his hat on.” she said over a mid-morning Gin “Hence the suspicion that he has also been stolen. Maybe there’ll be a reward for his safe return?” When pressed about him being a potential kidnap victim she added “He was always regaling us with tales about his mischievous Grandsons, Take That‘s Mark Owen and Eastenders’ Sid “Ricky” Owen. So his ransom could be worth a bob or two… Dead or alive!” Police are underplaying the break-in claiming “It is probably just an insurance scam, they’ve tried it twice before,” and dismissed Reg’s disappearance saying “He is probably locked in a toilet having been told to keep out of sight until the insurers pay-up.” Christine Batley. Chief Burglery and Potential Kidnap Correspondent. Beckworth Guardian 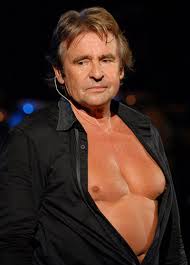 Hello my flock. Now that Strictly has finished, and The Voice is an abomination to my rather jaded ears, I find myself with a void to fill on Saturday evenings. And rather than let the devil make work for my idle hands I have decided to start up a Cheese appreciation society (washed down with lashings of Communion wine and bible stories). If you are over 18, and not driving, please join me tonight at 6.30 in the vestry. Dress casual yet with respect to the Lord (so no short skirts or low-cut tops for the ladies, nor trainers and tracksuits for the men). God Bless You. Cyril Knutsford, Vicar, Beckworth St Faiths 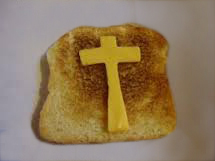 Hello, just to let you know that today’s Open Air Naturist’s farmers market will be opening at 11am today instead of the advertised 10. This is a knock on effect of my close friend Wayne needing medical attention after getting into difficulties during last night’s Annual Beckworth Midnight Swim. The mass skinny dip is a wonderful way of seeing the new year in with friends and relations but a combination of strong undercurrents and an unforseen swell meant Wayne’s new lilo sprung a puncture, depositing him very roughly back on the River Bank where he sprained his ankle and inflamed his coccyx. The under 16s St John’s Ambulance, under the supervision of Philip Schofield, were very quickly on the scene but it has meant Wayne could only limp during this morning’s New Years’ Day Naturists’ March through the town. This has slowed everybody down, hence the late opening of the market. The planned nudists’ five-a-side football match will now kick off at 2.30, weather permitting. Apologies to all, but see you in all your glory amongst the organic fruit and veg later this morning. Happy New Year, Lionel 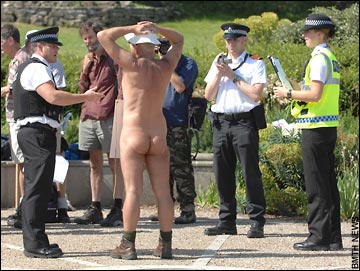 (Above) Beckworth’s premier nude striker Vince Poulshot get’s a dressing down from the ref and linesmen (on-duty Police) during last seasons 5-a-side friendly against the cast of Downton Abbey. He unfortunately brought the game into disrepute by getting a yellow card for manhandling the ball before the game had even commenced.

Hello all. It’s not often that The Beckworth Guardian gets a scoop and beats the tabloids and NewsRound to breaking World news, but today we have. An exclusive story has just reached us that cartoon film-makers Disney have reached agreement with World leaders, and calendar and diary manufacturers, to sponsor the 24 hours that fall every week between Tuesday 23.59pm and Thursday 0.01am. The year-long deal will mean the day formerly known as Wednesday will now be known as Wedisneyday. The deal starts today so we really are the first to know! I phoned Disney’s spokesperson Ben Stiller first thing this morning to verify the breaking news, and he told me “Sorry I’m a bit hungover at the moment, could you ring back after 6 this evening?” when confronted with the revelation… So it appears to be 100% true. Christine Batley. Chief Weekday Sponsorship Correspondent. Beckworth Guardian 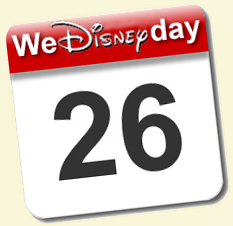 Happy New Year To You All. I trust everyone enjoyed last nights’ council funded entertainment at the edge of the waterlogged sports field. The traditional burning of Old Man Beckworth, to say goodbye to 2013, thankfully went off without a hitch, no one ended up in the Burns Unit unlike most years. A big thanks to Kirstie Allsopp for knitting such a great effigy, and thanks to her husband Phil Spencer for making such a realistic paper-mache Baby Beckworth to welcome in 2014. My personal highlight was seeing the New Year in watching the local Scout’s brass-band cover the hits of Guns ‘n’ Roses whilst I clutched a half-frozen Delia Smith veggie kebab and chatted to new residents Kim Kardashian and Kanye West (who hope to have Beckworth’s first “nail bar” open by March). I must apologise for the lack of a pyrotechnic display, this was due to the fireworks accidentally getting set off a day early by confused council staff (they got the dates mixed up, which could happen to anyone). All the best for a healthy and prosperous 2014. Mayor G. Grimsby 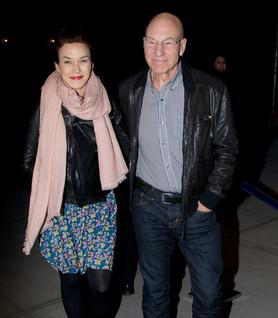