Hello. We are starting auditions next week for our first dramatic performance of 2014 and are looking for new talent. This could be you! For five nights around Easter we will be putting on an original musical loosely based on the film Pirates Of The Caribbean. But in a twist of pure genius all the characters are birds of paradise not pirates, so it’s been imaginatively titled Parrots Of The Caribbean. Written down the pub by local girls made good Dame Maggie Smith and Sir Judie Dench, with a little help from Andrew Lloyd Webber‘s younger brother Neville, our performances will be a world first. I’ve seen the script in passing and given it’s novelty value it’s very likely to transfer to the West End or Broadway… or even Hollywood. So this could be your stab at stardom! First time director Gordon Brown will be auditioning hopefuls from 7pm daily but come early as auditions are bound to be very busy… And if you have your own feathered costume please wear it. The lead parts have already been taken by key members of The Beckworth Players, daytime TV heartthrob Philip Schofield will play Jack SparrowHawk, but we will still need cast members for inconsequential non-speaking parts, the odd dance routine and to sell ice-creams in the interval. Auditions will be held in our rehearsal space above Chiswicks The Fishmongers and are open to anyone. But to be honest we’re really looking for extremely beautiful people, so if you’re a bit of a minger don’t waste our time. Mr Gordon says he wants to find the next Justin Bieber and Miley Cyrus or at least I think that’s what he said, but I was texting at the time. So please come along and show us your talent. You must be 18 or over and have your own tap shoes. See you Monday, Chico (producer) 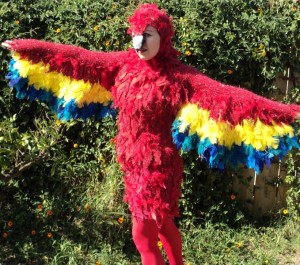 Pantomime season is almost upon us and in the spirit of Christmas The Beckworth Players will be holding open auditions for some minor walk-on parts in this year’s theatrical extravaganza. We are extremely lucky to be putting on the first ever production of Cinderella and The Seven Beanstalks, written by Beckworth’s very own Mr Musical, Andrew Lloyd Webber (with a bit of help from his brother Sir Tim Rice). And a successful panto wouldn’t be a success if the lead parts weren’t taken by The Krankies (as the ugly giants), a member of Eastenders (Dot Cotton aka June Brown will be playing Cinderella) and a 1980s pop singer you may vaguely have heard of (Professional scouser Sonia will be playing one of our beanstalks). Other stars appearing will be Alan Titchmarsh as Zips (Button’s brother), Coldplay and Muse as the Seven Dwarfs and Jodie Marsh as Prince Charming . But we will still need cast members for inconsequential non-speaking parts. Auditions for these will be held this Thursday evening at 7.30 in our rehearsal space (above Chiswicks The Fishmongers) and are open to anyone who can sing and dance and are extremely good looking. Director (and local politician) Nick Clegg says he wants to find the next Su Bo and Gareth Gates, so please come along and show us your talent. You must be 18 or over and have your own tap shoes. Given the success of our last panto, Aladdin In The Hood, we expect to be a large turn-out, so arrive early. See you Thursday, Chico (producer) 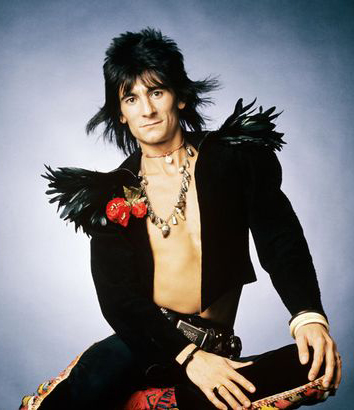